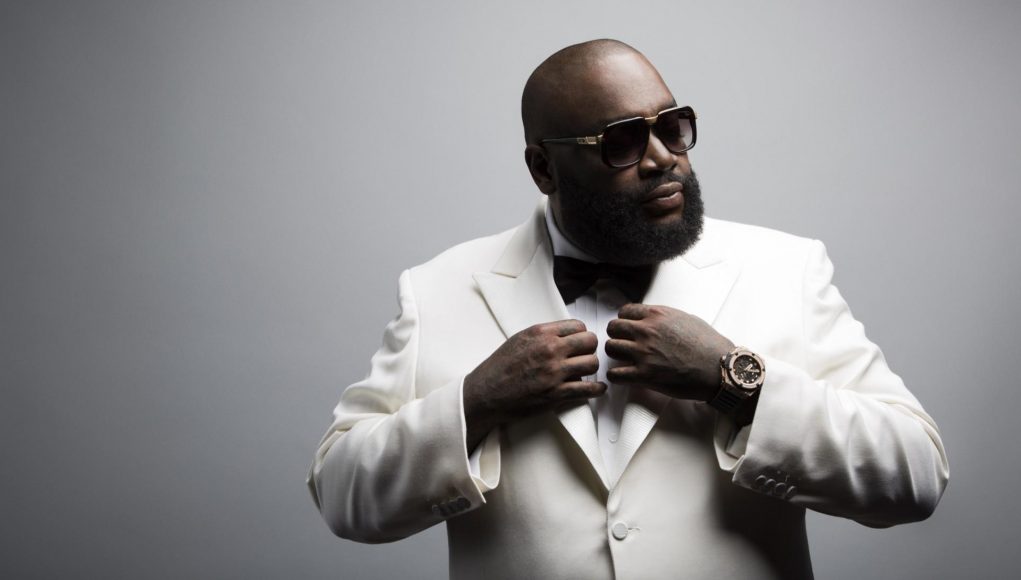 Rick Ross was born William Leonard Roberts II on January 28, 1976, in Coahoma County, Mississippi. Growing up in the impoverished area, Carol City, he was deeply influenced by the street-oriented rappers like Ice Cube, Tupac, and Notorious BIG. Ross received a football scholarship at the Albany State University. Then, he worked as a correction officer for two years, but the drug-influenced neighborhood turned him towards writing lyrics.

Rick Ross’ net worth started moving up after he made his debut as Teflon Da Don on the Erick Sermon’s song ‘Ain’t Shhh to Discuss’. Inspired by the former drug kingpin ‘Freeway’ Rick Ross, he changed his name and signed with ‘Suave House Records’. Soon afterward he signed with ‘Slip-n-Slide Records’. Ross was featured in many projects and released his solo single ‘Just Chillin’. Ross’ next single ‘Hustlin’ became an enormous hit which was certified gold. This created a bidding war amongst recording labels. Jay-Z’s ‘Def Jam Record’ eventually signed the young artist. The official remix version featured verses from Jay Z and Young Jeezy, while the unofficial version included TI, Lil Wayne, and Busta Rhymes. Ross was also part of DJ Khaled’s smash hit ‘We Takin’ Over’ alongside T.I., Birdman, Akon, Fat Joe, Jay-Z, and Lil Wayne, as well as of ‘I’m So Hood’ with Plies, Trick Daddy, and T-Pain. 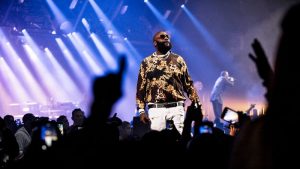 His debut album ‘Port of Miami’ peaked at number one at the Billboard 200. His second album ‘Trilla’ repeated the success of its predecessor. The album produced collaborations with R Kelly, T-Pain, and Florida and critically acclaimed singles. Ross’ ‘Deeper Than Rap’ album was even more critically and commercially successful. It brought a strong, sumptuous sound. Ross launched his own label called Maybach Music Group in 2009. The label noted a big success, releasing albums of artists like Meek Mill, Omarion, and Wale. MMG increased Rick Ross’ net worth, reaching $5 million of earnings in 2010. His next project was the ‘Albert Anastasia’ EP after which his fourth album ‘Teflon Don’ came. The album sold 176,000 copies in its first week, debuting at number two on Billboard 200. The song ‘Live Fast, Die Young’, which was produced by and featured Kanye West, became a global success. Ross was also part of Birdman’s  ‘Rich Gang: Allstars’ mixtape. 2012 noted a very successful start for the rapper. He released the ‘Rich Forever’ mixtape and the second compilation, ‘Self Made Vol.2’.

Rick Ross seemed unstoppable, as he released his fifth album ‘God Forgives’ only a week later. The album reached number one on the Billboard 200, selling more than 218,000 copies. After only two months it was certified gold. He collaborated with Meek Mill, Dr. Dre, and Jay-Z on the album. Ross released his sixth and seventh album in 2014. ‘Mastermind’ got mostly positive critics and noted a commercial success. However, ‘Hood Billionaire’ had modest sales and mixed reviews from both critics and fans. Rick Ross’ net worth in 2014 was boosted by $7 million annual earnings, and he made it to the Forbes list Hip-Hop Cash Kings. 2015 was a tough year for the rapper. Rick Ross was arrested for kidnapping and was sentenced to house arrest. However, this didn’t seem to affect his musical inspiration. He released the ‘Black Dollar’ mixtape and his eighth album ‘Black Market’. On the album, there are guest verses from John Legend, CeeLo Green, Nas, DJ Premier, Mariah Carey, Mary J. Blige, Chris Brown, and Future. Later, he collaborated with Ludacris on the single ‘Money’ from the album ‘Ludaversal’. The song ‘Free Enterprise’ was followed by controversy due to the explicit lyrics referring to Donald Trump. His ninth studio album, ‘Rather You Than Me’ was released in March 2017. 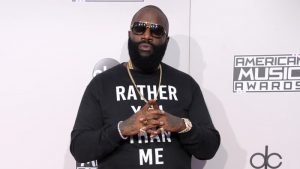 Rumor has it that Ross has accumulated his wealth through some illegal activities, but there’s no record of that. However, the rapper has a business venture on his own. ‘Wingstop’ started as a small restaurant and ended up being a nine-restaurant franchise. Rick Ross’ net worth after Windstop has noted a significant rise. He earned $10 million in 2016. He has also had some lucrative endorsement deals with brands like Luc Belaire Rose Champagne, Ciroc, and mCog e-Cigarettes. Rick Ross’ net worth in 2017 is estimated to be $35 million.

Rick Ross’ lifestyle is one of a real Cash King. He is known for his lavish spending, and he often splurges some money on jewelry pieces. He owns the most expensive chain in the hip-hop world. The chain with a miniature gold version of the artist is $1.5 million worth. His collection also includes Rolex, Audemars Piguet, Dreamchasers DC Pendant, and more. The rapper’s current residence is a 109-room mansion he purchased for $5.8 million. Rick Ross’ house is spread over 235 acres and features a movie theater, an indoor and an outdoor pool, a bowling alley, a barn, a boxing gym, a baseball field, and a recording studio. 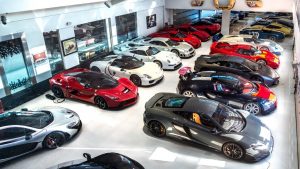 Ross is undoubtedly one of the biggest hip-hop car collectors, some Rick Ross cars photos were revealed on Instagram by the rapper himself. His impressive collection includes many high-end brands like Rolls Royce Phantom Drophead Coupe, Ferrari 458, Mercedes Benz S-Class, R Lamborghini Murcielago, Fisker Karma, and BMW 760Li. But, Rick Ross’ net worth is not all about his glamorous life. He’s also doing some good deeds. His non-profit organization, ‘Rick Ross Charities Inc.’, is focused on helping underprivileged youth and improving their life and education. The rapper also supports the ‘Children Trust’, and ‘The Urban League of Greater Miami’ organizations. Ross hosted a blood drive to help the survivors after the Haiti earthquake. In 2012, he donated Reebok sneakers and iPads to his former high school in Carol City.

Rick Ross’ net worth has been growing rapidly. The rapper has created a real hip-hop empire and proved to be one of the greatest artists of his generation. Also, he always helps those in need and encourages the underprivileged youth to dream big. Find more celebrity net worth articles on CelebJury!