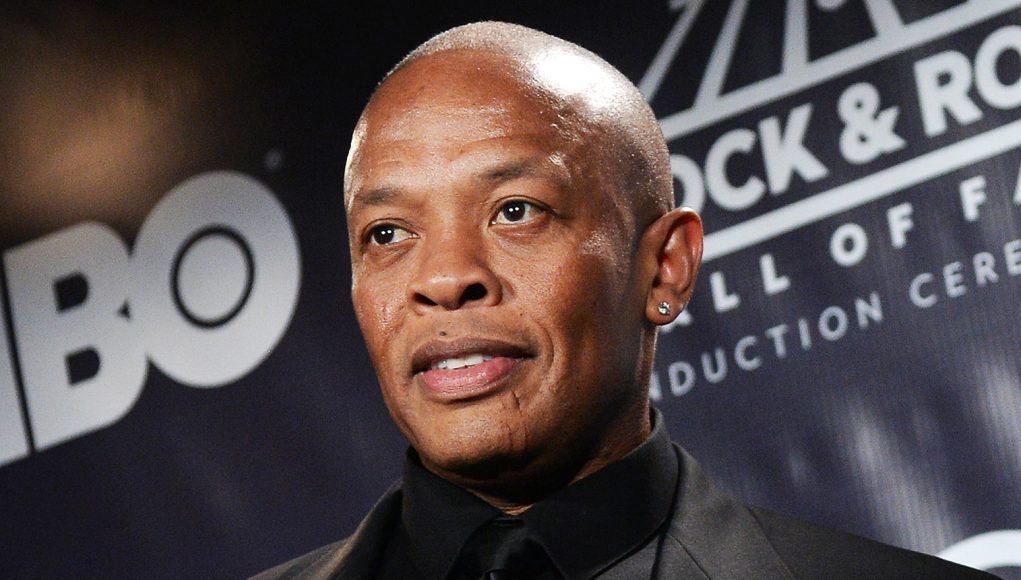 Dr. Dre, born as Andre Romelle Young on February 18, 1965, came from a family of singers. He frequently changed schools to avoid the widespread gang violence in his native South Central L.A. However, Young showed no interest in school – music was his real passion. Dre turned his home into a studio after he received a music mixer as a Christmas present. He started performing as a DJ and joined the electro-hop World Class Wreckin’ Cru in 1984. Dr. Dre’s net worth went up as soon as he got into the music industry. In 1986 Dre met Ice Cube and together with Eric Wright (Eazy E) formed the trio N.W.A. which produced a hard-hitting sound that changed the hip-hop industry forever. Their second album ‘Straight Outta Compton’ marked the arrival of gangsta rap and noted a huge success. 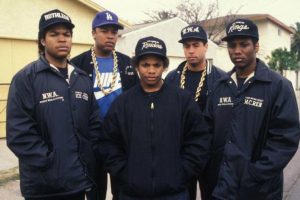 After he left his previous label, Dre co-founded a new one together with Marion ‘Suge’ Knight. He reached the top of the charts with ‘The Chronic’ in 1992. The biggest single off the album was ‘Nuthin but a ‘G’ Thang’, featuring Snoop Dogg. ‘The Chronic’ went triple platinum and topped all charts. Dre released his second album ‘2001’ in 1999 which sold millions of copies and proved to be a huge success. It featured many of the artists he produced and broadened Dre’s sound to reggae beats. Dre produced the albums of Kurupt, Daz Dillinger, RBX, and The Lady of Rage. He also worked on Snoop Dogg’s debut album ‘Doggystyle’ which turned out to be a real success. Dr. Dre’s net worth was steadily growing since every project noted a huge commercial success. Death Row Records signed rapper Tupac and made him the label’s biggest star. Dr. Dre collaborated with him on ‘California Love’, a song that put both artists on top of Billboard 100. But, he left the label in the next year, after the growing concerns that Suge Knight is corrupt.

Dr. Dre established his own label ‘Aftermath Entertainment’ and released the ‘Dr. Dre Presents the Aftermath’ album, featuring songs by himself and newly signed artists, marking a symbolic departure from the gangsta rap. He continued producing and appearing in releases of artists like Nas, LL Cool J, and Jay-Z. The breakthrough moment for his label came in 1998 when they signed Eminem, a white, unknown rapper at the time. He produced several songs for him and provided vocals for two songs of Eminem’s debut album, which turned out to be the fastest-selling rap album in history. Dre produced songs for Mary J. Blige, Gwen Stefani, and made appearances on three D.O.C. tracks on their ‘Deuce’ album. One of the most successful products of the label was 50 Cent’s debut album ‘Get Rich or Die Tryin’. Dr. Dre’s net worth escalated, as he noted a huge success as a producer. He worked on some of the best-known tracks from albums like Curtis by 50 Cent, Tha Blue Carpet Treatment by Snoop Dogg, and Kingdom Come by Jay-Z. He also worked on tracks for Timberland, Justin Timberlake, and Missy Elliot. All artists have lived up to the expectations and each of them has at least one album certified platinum, which has significantly increased Doctor Dre’s net worth. However, the biggest financial benefit from Aftermath came in 2001, when he sold 35% of his stock to Interscope Records for $52 million. After this deal, Dr. Dre’s net worth went up and made him one of the highest-earning artists of the year. 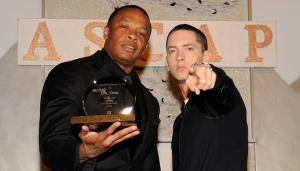 ‘How much is Dr. Dre worth’ was the most discussed topic at the beginning of 2009, when Dre produced Eminem’s ‘Crack a Bottle’ single, selling record copies in its first week. He went on to produce 19 out of 20 tracks on Eminem’s album ‘Relapse’. 2010 finally saw Dre’s much-awaited single ‘Under Pressure’. In the same year, his collaboration with Akon and Snoop Dogg, ‘Kush’, was released. ‘I Need a Doctor’, featuring Eminem and Skylar Grey was released in 2011, noting international chart success. Dr. Dre was honored by the American Society of Composers, Authors, and Publishers with the Founders Award for being an inspirational figure for other music. Dre continued his stellar collaborations, working with Jay-Z, T.I., Kendrick Lamar, and Rick Ross. In 2010, Dre’s net worth was estimated at $172 million.

Dr. Dre’s net worth was skyrocketing, thanks to his business and entrepreneurial ventures, but that interfered with his recording work. His third album, initially known as ‘Detox’ was delayed numerous times until it finally was released in 2015 as ‘Compton’ for iTunes and Apple Music. The album featured many artists, including Kendrick Lamar, Snoop Dogg, Eminem, and The Game. In the same year, the biographic film ‘Straight Outta Compton’, featuring his soundtrack was released. Later, in 2016, HBO premiered ‘The Defiant Ones’, a four-part documentary about the stories of Dre and Jimmy Iovine. These projects boosted Dr. Dre’s net worth to a whopping $710 million in 2016.

Dre’s most lucrative business was ‘Beats Electronics’. He introduced the company’s first audio line with ‘Beats by Dr. Dre Studio’ headphones after which he launched many successful products. In 2014 he launched the streaming service ‘Beats Music’, that he later sold to Apple for $3 billion and joined the company in an executive role. Dr. Dre’s net worth escalated after this deal, placing him at third place on Forbes Wealthiest Hip-Hop Artists. 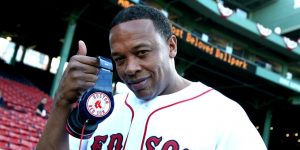 But, how much is Dr. Dre worth now? His savvy investments and clever business deals made Dre a real mogul in the music industry. Dr. Dre’s net worth in 2017 is estimated at $740 million, but it surely will continue to grow.

Dr. Dre’s house is probably one of the most luxurious in Hollywood. The 14,000 square foot mansion features a panoramic view of Los Angeles’ Sunset Strip. Dre paid $40 million for this lavish home. 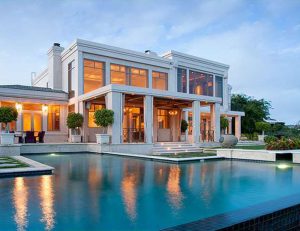 He also owns an eight-bedroom home in Woodland Hills, worth $2.4 million and a holiday mansion on Carbon Beach in Malibu, worth $12.5 million. Dr. Dre also loves to drive extravagant cars. His garage includes a Rolls-Royce Phantom Coupe, worth $450,000 and a Bentley Coupe worth $200,000.

However, Doctor Dre’s net worth is not all spent on lavish living; it also goes to good causes. He’s known to donate significant amounts in support of several charity causes. In 2013, he and his partner Jimmy Iovine donated $70 million to the University of Southern California to create the USC Jimmy Iovine and Andre Young Academy of Arts. He has also pledged to donate $10 million for building a complex for performing arts at the Compton High School. Dre also supports the Global Fund and the Michael J. Fox Foundation.

Dr. Dre’s net worth is set to increase in the next few years. The American rapper has shown an incredible talent for music, as well as for business. He’s one of the world’s greatest hip-hop artists and producers who changed the landscape of the hip-hop music forever. For more celebrity net worth articles about your favorite stars check CelebJury!