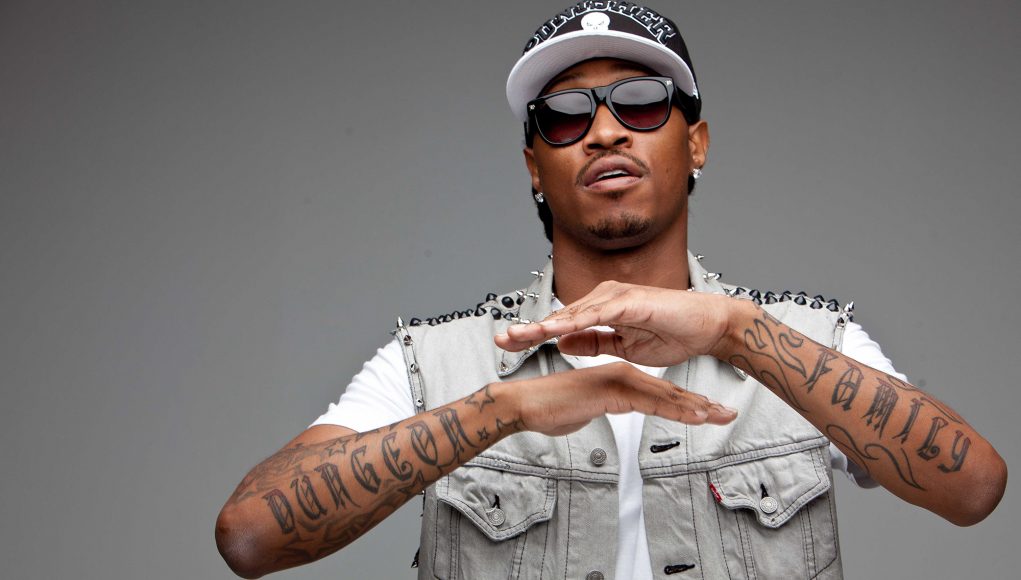 Future was born as Nayvadius DeMun Wilburn on November 20, 1983, in Atlanta, Georgia. His musical career took off with the musical collective ‘The Dungeon Family’. There, he was nicknamed Future, a stage name which he adopted for the rest of his career. His cousin and member of the collective, Rico Wade, encouraged him to pursue a career as a rapper. Soon, he signed with A-1 Recordings label, and Future’s net worth and popularity started going up.

Throughout 2010 and 2011 the rapper released several mixtapes like ‘1000’, ‘True Story’ and ‘Dirty Sprite’. His next mixtape, ‘Streetz Calling’ brought new dimensions to the genre. The ‘Astronaut Status’ mixtape was released before his official debut album. Although less popular than his previous mixtape, it truly established Future as one of the greatest rappers of the modern generation. His debut album ‘Pluto’ included a remix of his big hit ‘Tony Montana’ featuring Drake. The single ‘Magic’ featuring TI became the rapper’s first single to enter the Billboard Hot 100. There were several other collaborations on the album with artists like R Kelly, Snoop Dogg, and Trae Tha Truth. Future was also part of the Birdman’s ‘Rich Gang: Allstars’ mixtape, released in 2011. Future’s net worth was increasing, and in 2012 it reached $2.2 million. 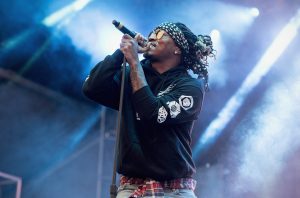 Future wrote, produced, and was featured on Rihanna’s ‘Love Song’ single from her album ‘Unapologetic’. His next mixtape ‘F.B.G: The Movie’ came in 2013, and it was certified platinum,  reaching over 250,000 downloads. Future’s second album ‘Future Hendrix’ brought more substantial music and an R&B style. The album features many stars including Drake, Kanye West, Rihanna, Ciara, and Kelly Rowland. The name of the album was later changed into ‘Honest’ and grossed $432,900 in sales.Three other mixtapes followed. ‘Monster’, ‘56 Nights’, and ‘Beast Mode’ quickly became a critical and commercial success. Rapper Future’s net worth went up to $3 million.

The hip-hop artist released his next album, ‘DS2’, in 2015. The album appeared at number one on Billboard 200, Billboard R&B, and Billboard Hot Rap Songs. Future became the first rapper in the decade to have two number one albums in a year. The rapper extended his collaboration with Drake into the ‘What a Time to Be Alive’ mixtape. It sold more than 334,000 copies only in the United States. Their joint tour grossed $84 million, becoming the highest-earning hip-hop tour ever. Future’s net worth in 2015 was put at $4 million. 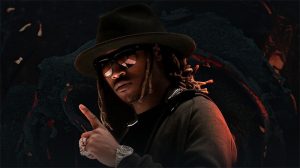 Shortly after, another mixtape entitled ‘Purple Reign’ and his fourth album ‘EVOL’ came along. His singles ‘Turn On the Lights’, ‘Fuck Up Some Commas’, ‘Move That Dope’, and ‘Mask Off’ were certified gold. The rapper released his self-titled album in 2017 and only a week after, he shocked his fans with another album called ‘HNDRXX’. Both albums made their ways to the top of the Billboard 200 and Canadian Albums Chart at the same time. His most recent collaboration is with Taylor Swift for the single ‘End Game’ of her latest album ‘Reputation’.

Being a star in an era of streaming surely pays off. According to Forbes, 2017 brought a haul of $23 million for the rapper and the tenth place at Forbes Hip-Hop Cash Kings list. The rapper’s music projects are definitely the main source of income, alongside his “Freebandz” record label. But, he also has a merchandising brand and a lucrative deal with Reebok which bring him an additional income. He became the face of the Reebok’s Zoku Runner campaign and co-designed a sneaker line. Future’s current net worth is estimated at $8 million.

The hip-hop artist has had a troublesome private life. Having four kids with four different women requires paying large sums of money for support. However, Future’s net worth now is big enough so that he can afford his lavish life. He’s known for his $700,000 worth jewelry collection. His diamond bracelets, white gold rings, and chains have the Freebandz logo. He’s also an owner of two Rolex watches worth $20,000 and several Cartier bracelets worth $6,000. Future also has a valuable car collection which includes brands like Ferrari and Aston Martin. Currently, he lives in his Beverly Hills mansion. 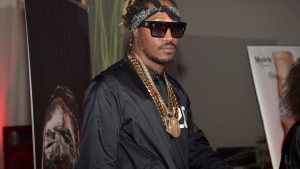 Future has shown his caring heart on many occasions. He hosted the second Annual Coat Drive charity event in 2014. This event was held in Atlanta and donated coats, toys, and more to children and families in need. Future’s non-profit foundation, ‘Free Wishes’ regularly hosts the Winter Wish Land charity and donates money and toys to underprivileged children. The partnership with Reebok resulted in 500 pairs of snickers donated to the cause. ‘Free Wishes’ also partnered with WiLL Made-It’s ‘Making Wishes Matter’ foundation and hosted a dinner for senior citizens.

Future’s net worth is bound to go up, as the rapper establishes himself as an eminent name in the hip-hop industry. Although the rapper is known for his lavish life, he always helps those in need, especially underprivileged children. Visit CelebJury for more celebrity net worth articles!