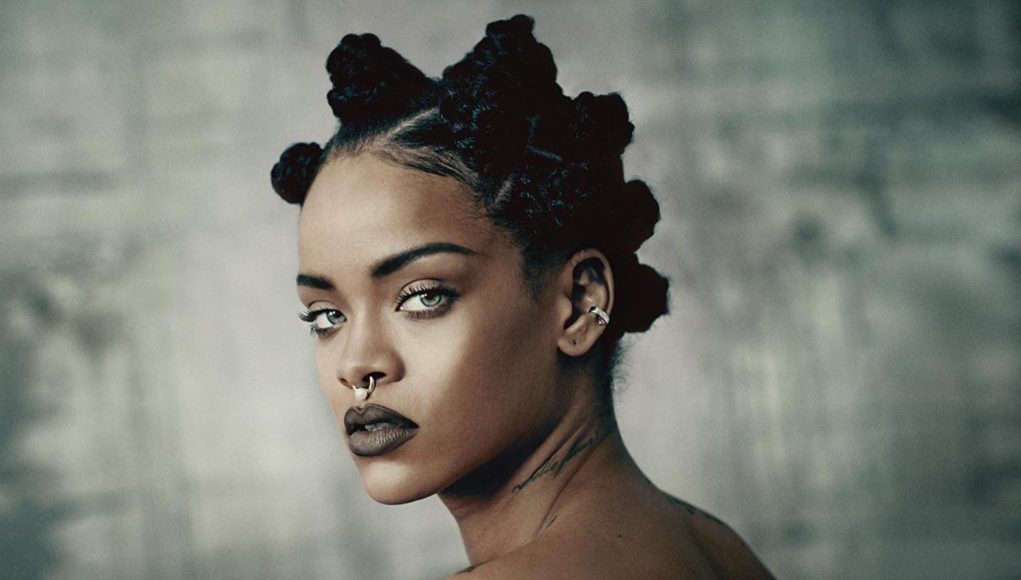 Robyn Rihanna Fenty was born on February 20, 1988, in Saint Michael Parish, Barbados. Her childhood was affected by her father’s crack and alcohol addiction. At the age of seven, she turned to singing, as a release from her troubles. She attended Combermere High School but dropped out to pursue a musical career. Rihanna’s net worth started growing after she had her turning point at the age of 15. She formed a girl band with two other girls, and they scored an audition with the American music producer Evan Rodgers. He was dazzled by Rihanna’s performance and arranged another audition solely for her. Then, Rodgers invited the young star to the US to record some demos. Eventually, Rihanna signed with his ‘Syndicated Rhythm Productions’. In 2005, Rodgers arranged a meeting with Jay-Z’s Def Jam Records. Impressed, he closed a six-album deal with Rihanna. 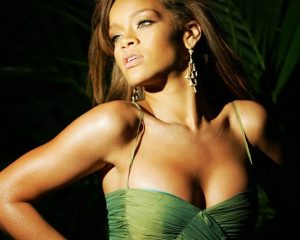 ‘Pon de Replay’ was her debut single which charted in the top five in fifteen countries. The song also reached number one on the Billboard Dance Club Songs. Rihanna’s first album, ‘Music of the Sun’ sold more than two million copies worldwide and was certified gold. Rihanna’s net worth was immediately boosted since the album earned her more than $5 million. Her second album ‘A Girl Like Me’ was released as soon as the next year. The album noted a huge commercial success and became her first one to be certified platinum. The major hit ‘S.O.S’ became her first to reach number one on the Billboard Hot 100. The album earned approximately $7 million and Rihanna’s net worth in 2007 spiked to $49 million. 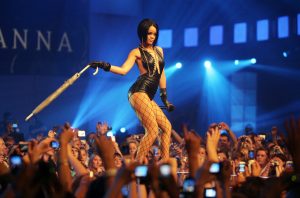 Rihanna made the headlines after it was revealed that her boyfriend at the time, Chris Brown, had assaulted her physically. However, only months after the incident, RiRi was featured on Jay-Z’s ‘Run This Town’, alongside Kanye West. Her next album ‘Rated R’ marked a complete shift in her music style, producing a darker sound. The single ‘Rude Boy’ topped the Billboard Hot 100 chart and held that position for six weeks. 2010 saw Rihanna collaboration with Eminem for the major worldwide success ‘Love the Way You Lie’. The song broke records and became her seventh number one hit in the US. Her album ‘Loud’ was yet another commercial success. The promoting tour sold ten nights in The O2 Arena in London and became the seventh highest-grossing tour in the world in 2011 with earnings of $90 million.

Rihanna didn’t take a break. She released the ‘Talk That Talk’ album, whose lead single ‘We Found Love’ reached number one in twenty-seven countries worldwide. She began 2012 with a collaboration with Drake on his ‘Take Care’. RiRi’s seventh studio album, ‘Unapologetic’ was her first to debut at number one on the Billboard 200. The hit singles ‘Diamonds’ and ‘Stay’ topped the charts worldwide. The ‘Unapologetic’ tour skyrocketed the net worth of Rihanna. She earned $800,000 per performance and a total of $6.3 million from the album sales. This resulted in a $53 million annual income. Her album ‘Anti’, was released on Tidal and noted one million downloads in less than a day. Rihanna’s net worth in 2016 reached $165 million. 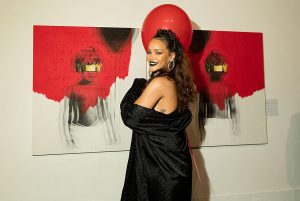 The Barbadian singer has several successful appearances in movies and TV. She lent her voice in the animated movie ‘Home’ and released a concept album featuring the movie’s songs. Rihanna appeared as Marion Crane in ‘Bates Motel’ and had a role in ‘Valerian and the City of a Thousand Planets’. She’s also a part of the ‘Ocean’s Eight’ all-female cast which has a release date set for June 2018.

Let’s take a closer look at how much is Rihanna worth.

Rihanna’s tours have made her $308 million. Rihanna’s albums and singles have boosted her fortune by $50 million. Since the beginning of her career, Rihanna’s net worth has also been boosted by lucrative endorsements. She has had deals with ‘Secret’, ‘Nike’, ‘Armani’, ‘Nivea’, ‘MAC’, and ‘Cover Girl’. Rihanna also collaborated with Manolo Blahnik and Balmain. She was also the face of ‘Totes Umbrella’, ‘Got Milk?’, and ‘Gucci Tattoo Heart Collection’. In 2015, RiRi signed a $25 million contract with Samsung for promoting the Galaxy line. She expanded her brand into a fragrance line. Her first perfume ‘Reb’l Fleur’ brought her gross revenue of $30 million. 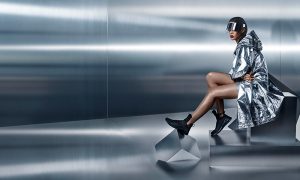 Rihanna’s net worth in 2017 skyrocketed after the singer cashed $75 million annual earnings. A third of this income came from the highly profitable endorsement deals, as she’s one of the most followed celebrities on Instagram. Back in 2014, the R&B sensation was named a creative director and ambassador of ‘Puma’. She also co-designed several Fenty x Puma collections. The company’s profits spiked by 16%, so we can only imagine how much Rihanna makes out of this deal. She also made a collaboration with ‘Chopard’ for a luxury jewelry collection called ‘Rihanna loves Chopard’.

Rihanna had recently turned into a real business mogul when she founded the beauty and stylish agency, ‘Fr8me’. The agency deals with commercial, advertising campaigns, editorials, and events for the clients.She launched her beauty collection called ‘Fenty Beauty’. Rihanna’s makeup line became an instant success bringing in $72 million in media value in its first month. The singer clearly knows how to monetize her brand, but how much is Rihanna worth?

Rihanna’s current net worth is $230 million, but that is about to change considering the ‘Fenty Beauty’ global success and her upcoming projects.

Rihanna’s net worth and assets have been growing proportionally with her global success. Rihanna’s cars are some of the most luxurious brands like a $750,000 SLR McLaren and a Porsche 911. As of recently, her home is a Hollywood Hills mansion on which she splashed $6.8 million. The glamorous hideaway features a billiard room, a fully equipped fitness center, a spa, a walk-in wardrobe, and a movie theater. There’s also an infinity pool with an amazing view of Sunset Strip. 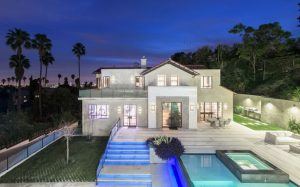 The Barbadian singer surely is one of the most charitable celebrities. Rihanna’s foundation, called ‘The Clara Lionel Foundation’, helps impoverished communities worldwide through different programs. She has participated in a number of concerts to raise money for improving the education and healthcare for those in need.  She was also a LoveCharity Bracelet Ambassador for Cartier. Rihanna supports many charitable organizations including Alzheimer’s Association, Bear Necessities Pediatric Cancer Foundation, City of Hope, Entertainment Industry Foundation, Raising Malawi, Red Cross, Stand Up To Cancer, and UNICEF. The multitalented star was named Harvard University Humanitarian of the Year for 2017.

Rihanna’s net worth is bound to grow, as the singer is already recording her ninth album. It seems that the multitalented star turns into gold everything she touches. Not only is she an iconic artist, but she’s also a business mogul who makes millions out of every venture. More importantly, Rihanna is a rarely-seen humanitarian devoted to helping people in need. Check out more celebrity net worth articles on CelebJury!