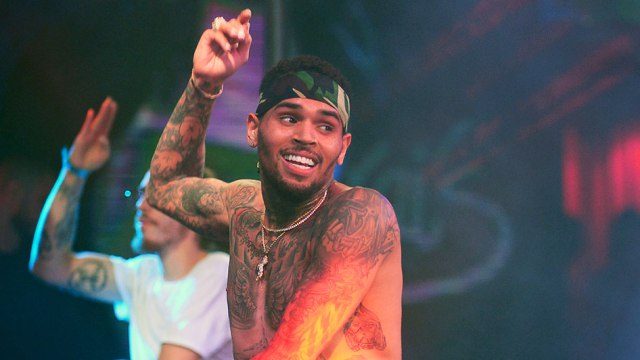 Christopher Maurice Brown was born on May 5, 1989, in Tappahannock, Virginia. Surrounded by music from the earliest age, he was deeply influenced by Michael Jackson, Stevie Wonder, and Sam Cook. He also enjoyed singing in the local church choir. His mother was the first one who recognized his talent and began looking for a record deal opportunity. Chris Brown’s net worth started going up when he was discovered by Tina Davis from Def Jam Recordings. She was impressed by Brown’s unique voice and ultimately became his manager. Davis landed him a deal with Jive Records which had developed many young talents and is still home to artists like Kanye West and Usher. 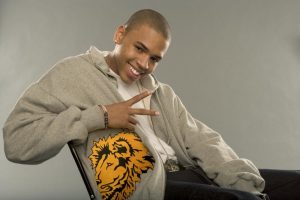 The singer’s self-titled album was released in 2005, debuting at number two on the Billboard 200. Eventually, the album was certified double platinum. Working with established songwriters and producers like Scott Storch and Dre, Brown had many hits. The leading single ‘Run It!’ reached number one on the Billboard Hot 100. Chris Brown’s net worth increased, as he pocketed $645,000 of the single’s sale. Three of his other singles ‘Yo (Excuse Me Miss)’, ‘Gimme That’ and ‘Say Goodbye’ noted a huge success. Brown received his very first Grammy nomination and many other awards as well, including the NAACP Image Award for Outstanding New Artist. He quickly acquired a large following of fans and won the Teen Choice Award for Choice Music Breakout Artist Male. In the next year, Chris Brown released a DVD, ‘Chris Brown’s Journey’, showcasing his travels, behind the scenes videos and bloopers. Later, he embarked on the Up Close and Personal tour to further promote his album.

Brown had a cameo role in the TV series ‘The O.C.’ and made his film debut in ‘Stomp the Yard’. In 2007, Chris Brown was featured in an episode of MTV’s ‘My Super Sweet 16’ and performed as the opening act for Beyonce’s tour, and later on Rihanna‘s Good Girl Gone Bad Tour alongside Ciara and Akon. His second studio album, ‘Exclusive’, came later in the year, debuting at number four on the Billboard 200. The album noted critical and commercial success. Brown saw his ‘Kiss Kiss’ single, featuring T-Pain, reaching number one on the Billboard Hot 100. Chris Brown appeared on the big screen in the family drama ‘The Christmas’, before he embarked on his ‘The Exclusive Holiday Tour’. He was featured in the tracks of several other artists and, in 2008, released the deluxe edition of his album renamed ‘Exclusive: The Forever Edition’. By the end of the year, Brown was named Artist of the Year by the Billboard magazine and earned about $6 million. 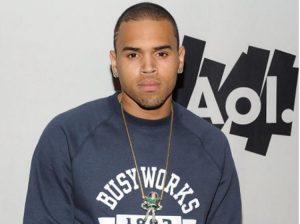 Brown’s next album came in 2009. It sold 102,000 copies in its first week, although it received generally negative criticism. 2010 saw Brown’s collaboration with Tyga for the mixtape called ‘Fan to a Fan’. The track ‘Deuces’ reached number one on the US Hot R&B/Hip-Hop Songs chart. Later on, he collaborated with TI on the leading song of his comeback album ‘No Mercy’. Brown made another movie outing in 2010, starring and producing the thriller ‘Takers’. The singer’s fourth album called ‘F.A.M.E’ was released in 2011, debuting at number one on the Billboard 200. It also became his number-one in the United States, with 270,000 copies sold in its first week. The record earned $9.5 million, thus increasing the net worth of Chris Brown. The leading single ‘Yeah x 3’ and ‘Next 2 You’, featuring Justin Bieber, noted international success. On the album, there are also collaborations with Wiz Khalifa, Game, and Ludacris. The singer was featured on Big Sean‘s debut album, ‘Finally Famous’, alongside Nicki Minaj, Kanye West, Rick Ross, and other stellar names.

Brown received five BET Award and his first Grammy for Best R&B Album. He released another number one album called ‘Fortune’, but once again, received negative criticism. In 2014, the R&B artist dropped the ‘X Files’ mixtape, after which his sixth studio album ‘X’ followed. It debuted at number two on the Billboard 200 and sold 145,650 copies in its first week. Chris Brown’s net worth in 2014 was estimated at $26 million. During the next year, Chris Brown and Tyga released their collaborative album ‘Fan to a Fan: The Album’ prior to Brown’s ‘Between The Sheets’ tour, featured by Trey Songz. ‘Liquor’ was released as a single from his album ‘Royalty’ which came later in 2015. This album, however, noted better critical and commercial success compared to his last three albums.

So, how much is Chris Brown worth?

Throughout his career, the singer has had endorsement deals with Avianne Jewelers, BAPE (A Bathing Ape), Childsplay Clothing, and Doublemint. In 2012, the singer signed a lucrative contract with Wilhelmina International Inc. Apart from that, the R&B singer is the owner of fourteen Burger King restaurants and has founded the record label CBE (Chris Brown Entertainment or Culture Beyond your Evolution), as a part of Interscope Records. His clothing line for Black Pyramid, which includes tracksuits, jerseys, tees, pants, hoodies, and jackets, made a profit of $4 million in its first year. The singer/rapper/songwriter also owns a football team, ‘Tappahannock Angels’, and has launched his own vodka brand, ‘Pure Wonderbrown’. Another thing that put him in the spotlight and increased his popularity was his relationship with Rihanna in 2008. But, their relationship saw an abrupt end after Brown assaulted his girlfriend, for which he pleaded guilty and apologized publicly. He was also faced with lawsuits from other women he had assaulted. 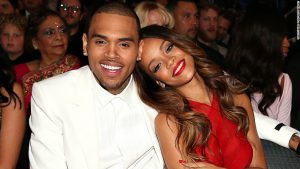 His legal ups and downs made everyone wonder how much is Chris Brown worth. Chris Brown’s net worth in 2017 was estimated at $30 million. According to ‘People With Money’ magazine, the R&B singer is among the highest-paid singers in the past year, with a total of $46 million annual earnings.

Chris Brown’s net worth has been on the rise though. This enables him to live a comfortable life. The singer’s house is located in Hollywood Hills, Los Angeles, California, featuring a saltwater pool and a private elevator. Chris Brown drives a Lamborghini Gallardo Spyder worth $220,000. He also owns Lamborghini Aventadors, a Porsche Panamera worth $187,583, a Range Rover worth $93,000, a Porsche Turbo S, and a Chevy Impala. 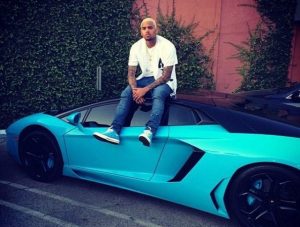 The young artist has also proved himself to be a great philanthropist. After several charges of violence towards women, Brown is surely trying to rebuild his image. He’s launched the Symphonic Love Foundation which offers art programs to kids and encourages acts of service. The non-profit organization also supports health and education programs fighting domestic abuse, including Break the Cycle, Jenesse Center and The Positive Results Corporation. Brown has supported many other charitable organizations such as Aid Still Required, Best Buddies International, Creative Visions Foundation, Jenesse Center, Red Cross, and more. He’s also donated $1 of every copy of his ‘Royalty’ album to the Children’s Miracle Network Hospitals organization for Christmas.

Despite several troubles with violence, Chris Brown had the courage to accept his mistake and put his energy into charitable actions. Chris Brown’s net worth is set to grow up, as the R&B singer is one of the best artists of the modern time. Check CelebJury for more celebrity net worth articles!