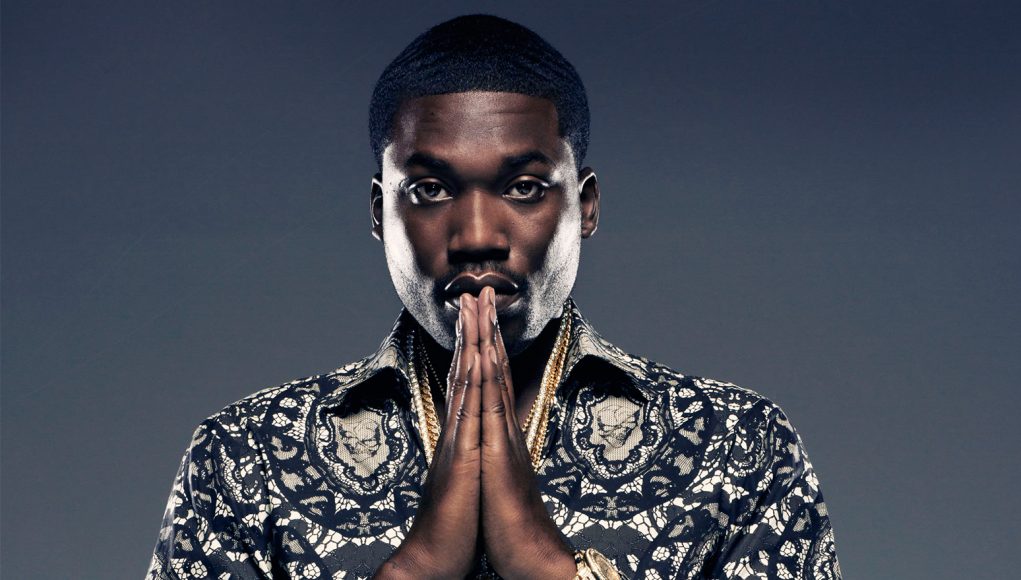 Meek Mill was born as Robert Rihmeek Williams, on May 6, 1987, in South Philadelphia. Raised by a single mother, Meek was growing up in poverty. His uncle, Grandmaster Nell, was a DJ pioneer who passed his love for music on to Meek. Meek started writing verses and took part in rap battles during his teenage years. Soon, he formed a rap group with three of his friends, named The Bloodhoundz. But, it took some time before Meek Mill’s net worth started going up.

Mill released several solo mixtapes, including ‘Flamers 2: Hottest in the City’ which caught the attention of many industry veterans. TI, impressed by Meek’s talent, signed him to his label ‘Grand Hustle Records’. However, they both found themselves in legal troubles, so the deal didn’t live up to the expectations. Once Meek was released from prison in 2009, he teamed up with DJ Drama for the release of the mixtape ‘Flamers 2.5: The Preview’, followed by ‘Flamers 3: The Wait Is Over’. Two tracks, ‘Rose Red’ and ‘Make ‘em Say’, noted a huge success. Meek’s seventh mixtape ‘Mr. California was released in 2010. 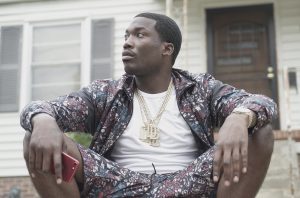 Mill was part of XXL’s ‘Freshman Class of 2011’ after which he released his debut single ‘Tupac Back’. In the same year, he released his second single ‘Ima Boss’. Both his singles were part of Rick Ross’ compilation ‘Self Made Vol.1’. The remix of ‘Ima Boss’, featuring Lil Wayne, TI, DJ Khaled, Rick Ross, and Swizz Beatz appeared at number 51 on Billboard Hot 100, becoming Meek’s most successful single at the time.  Mill released two sequences of his mixtape ‘Dreamchasers’ in 2011 and 2012, respectively. The ‘Dreamchasers 2’ noted a significant success, as it was downloaded 1.5 million times in the first six hours. It also won the BET Hip-Hop award for Best Mixtape. In 2012, the rapper signed with Roc Nation. Meek Mill’s net worth was steadily increasing. In the same year, his debut album ‘Dreams & Nightmares’ was released. The album sold 165,000 copies in its first week, debuting at number two on the Billboard 200. The rapper was part of Birdman’s ‘Rich Gang: Flashy Lifestyle’ compilation, released in 2011. Meek Mill’s second album ‘Dreams Worth More Than Money’ came in 2015, debuted at number one on Billboard 200, and brought him the BMA for Top Rap Album. Meek dropped ‘Dreamchasers 4’ as a commercial product and announced the ‘Dreamchasers 4.5’.

The album success brought him endorsement deals which boosted his net worth significantly. The most lucrative by far is his million-dollar Puma deal for the Puma Dreamchasers line. The Monster Energy endorsement has had a significant role in increasing the rapper’s wealth. The hip-hop artist has also endorsed other brands such as Ethika, Ciroc, and Skullcandy. Mill owns a record imprint called Dream Chasers Records as well, which was launched in 2012. Meek Mill’s net worth in 2014 was estimated at $2 million, putting him on the Forbes Hip-Hop Cash Princes list.

The net worth of Meek Mill is estimated at $10 million as of 2017. This sum comes from record deals, album sales, and endorsement deals. The biggest part of Meek Mill’s net worth is brought by his concert tours, which have earned him a total of $13.2 million through the years.

Meek Mill’s net worth and popularity also went up after the rapper began dating Nicki Minaj in 2015. However, it seems that there the hip-hop prince benefited even more from their breakup, as he gained stellar popularity. Meek Mill put himself in the spotlight in 2015 when he called Drake out for not writing his own lyrics. This was a dangerous move which brought over 600,000 more Twitter followers and 3 million Twitter mentions. Mill has similarly entered into a feud with several artists, among which 50 Cent.

With his net worth significantly increasing during a short period of time, the rapper often treats himself with some goodies. Meek owns one of the finest jewelry collections, including a $68,000 Rolex and a $450,000 custom-made Dreamchasers chain.

Prior to the breakup with Nicki Minaj, Meek Mill’s house was located in Beverly Hills, where the couple should have started their life. However, now the young star owns a house in Atlanta. Meek Mills is also a great car lover. His collection includes an Aston Martin Rapide, a Maybach, a Bentley Flying Spurs, a Mercedes S- Class, a Mercedes G63, and a Rolls Royce Ghost. 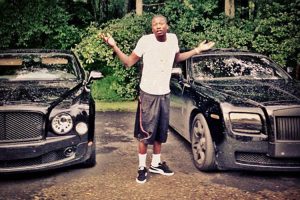 Meek Mill’s net worth is also used to uplift the community. The rapper has donated $50,000 to a local charity in Flint, Michigan that fights with the water crisis. He’s also donated $75,000 to the high school he went to. Clearly, the rapper uses his fame to raise awareness.

Meek Mill’s net worth is set to go up in the next few years. The rap star has definitely earned his place in the American hip-hop culture and deserves respect for his work and charitable actions. Find more celebrity net worth articles on CelebJury!