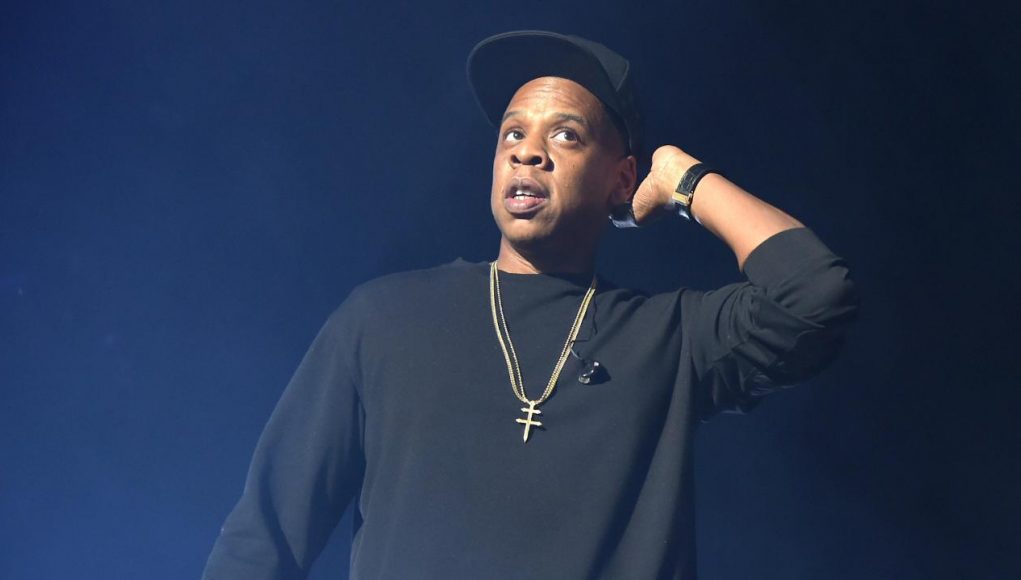 Jay-Z was born on December 4, 1969, in Brooklyn, New York, as Shawn Corey Carter. After his father abandoned them, he and his three siblings were raised by their mother in the drug-infested ‘Marcy Projects’, where violence and gun-culture were widespread. Jay-Z attended the Trenton Central High School for a short period of time, but he was drawn into the lifestyle imposed in his neighborhood and soon started dealing drugs. His interest in music was sparked when his mother bought him a boom box for his birthday, but no one could imagine then that Jay-Z’s net worth will reach astronomical amounts several years later. He started freestyling and writing lyrics. In 1989, he joined the rapper Jaz-O, who became his mentor and recorded the song ‘The Originators’. Known as ‘Jazzy’ in the neighborhood, he changed his name to Jay-Z to pay homage to his guru.

Although active on the rap stage, he was unable to find a label to give him a record deal, so he remained anonymous until he, Damon Dash and Kareem Biggs created Roc-A-Fella Records in 1995. His debut album ‘Reasonable Doubt’ was released in 1996, reaching number 23 on the Billboard 200 chart, and is now considered as one of the best hip-hop albums of all times. His next album produced by Puff Daddy, ‘In My Lifetime, Vol. 1’, was released in 1997 as his personal revelation about his troublesome youth. The follow up ‘Vol. 2 …Hard Knock Life’ brought him a broader success, a Grammy, and his first official tour that earned him $18 million. The title track remains Jay-Z’s most successful commercial hit and has sold five million copies to date. This set up Jay-Z’s net worth and fame to escalate fast. ‘Vol. 3… Life and Times of S. Carter’ came in 1999 and sold three million copies.The next year saw the release of ‘The Dynasty: Roc La Familia’ with Jay-Z’s more soulful music, which also proved to be a huge success. 2001 saw another success of the rapper – he released a joint album with R Kelly. ‘Unfinished Business’ was a critical and commercial success. 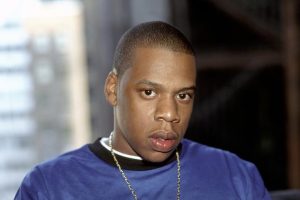 Jay-Z’s sixth album, ‘The Blueprint’ made a boom, debuting at number one on the Billboard 200. Later, it reached double platinum status and as of 2012 has sold 2,700,000 copies worldwide. ‘The Blueprint 2: The Gift & the Curse’ also debuted as a Billboard 200 number one and noted more than three million sold copies in the United States. Jay-Z seemed unstoppable, but after releasing ‘The Black Album’, which grossed $44 million, he shocked the world with the announcement that he’s going to retire. He gave a performance at Madison Square Garden which was featured in a film called ‘Fade to Black’. Thereafter, he was involved in several side projects and collaborations. Later in 2004, Jay-Z was named the president of Def Jam Records.

Jay-Z made his comeback in 2006 with his album ‘Kingdom Come’ which sold 680,000 copies during the first week. Afterwards, he released two more albums; ‘American Gangster’ in 2007 and ‘Blueprint 3’ in 2009. These marked a change in the sound, incorporating stronger rock and soul influences, and more mature lyrics. Jay-Z was also featured on DJ Khaled’s ‘We Takin’ Over’ alongside TI, Lil Wayne, Akon, Birdman, Fat Joe, and Rick Ross. He collaborated also with Nas and Ludacris on the song ‘I Do it for Hip-Hop’. In 2011, he teamed up with Kanye West to release ‘Watch the Throne’, an album which turned to be a triple hit, being number one hit on the rap, pop, and R&B charts. Jay-Z’s twelfth album ‘Magna Carta Holy Grail’ received mixed critics, but still achieved a double-platinum status. This tour grossed a total of $20,740,000. 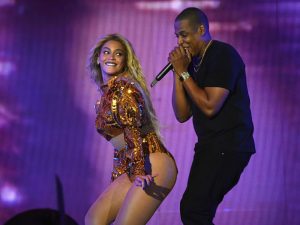 Although his relationship with Beyonce was a low profile, they were listed as the most powerful couple since 2006. After they tied the knot, Forbes estimated Jay-Z and Beyonce’s net worth at $162 million in 2009, making them the top-earning couple. They kept the throne in the years to follow, becoming a billion-dollar couple in 2017.

Apart from his enormous success in the hip-hop industry, Jay-Z’s net worth is also boosted by his numerous business ventures. His first profitable business move started in 1999 when he launched a clothing line named ‘Rocawear’. The brand went on to become one of the greatest clothing labels also covering accessories, fragrances, and swimwear. Jay-Z pocketed $204 million when he sold it in 2007. His first 40/40 club and lounge was opened in New York City and soon expanded worldwide, earning $10 million annually. The lucrative endorsement deals that he had over the years with some of the world’s biggest companies like Nokia, Coca-Cola, Budweiser, Armand de Brignac, Iconic Brand Group, Microsoft, and Samsung, also contribute to the JZ net worth. 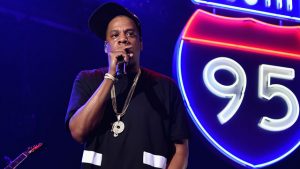 After Jay-Z left Def Jam in 2008, he signed a $150 million deal with Live Nation. They created a new management company, Roc Nation, known for the collaboration with many important music names. The extended contract that was recently signed is worth $200 million and may as well push Jay-Z’s net worth over a billion dollars. Jay-Z’s net worth was estimated at $63 million in 2010 and bounced significantly in the next several years. He bought the platform now known as Tidal in 2015 and in 2016, Sprint bought 33% of the company for $200 million. Today, Tidal is worth $600 million, ten times more than what he paid for. Jay-Z’s net worth in 2017 is estimated at $810 million, placing him at the second place of the Forbes annual list of hip-hop’s wealthiest artists.

JZ’s net worth catapulted him into a lavish life. He loves to take exotic travels so, quite expectedly, he purchased a private island in the Bahamas for $4 million. The hip-hop mogul is also known to indulge in fine drinks and expensive jewelry.

He and his wife own an opulent mansion in the Hamptons which features extra luxurious amenities. However, their home as of recently is a 30,000-square-foot property in Bel Air worth $120 million. The rapper is also one of the biggest hip-hop car collectors. His car collection is estimated at $15 million, including a $670,000 Pagani Zonda F, a Bugatti Veyron Grand Sport, a Bentley Azure, a Rolls Royce  Phantom, a Ferrari F430 Spider, and a few more. He owns a private jet, a Challenger 850, which is manufactured by Bombardier and worth $40,000 000. He also owns the Galactica Star, a 213-foot yacht worth $70 million. 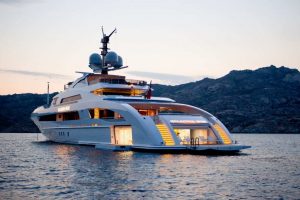 But, Jay-Z is also a profound philanthropist. He began with his charitable actions in 1999 when he donated the profit from his Denver show on the Hard Knock Life Tour to the families of the victims of the Columbine shooting. He has started various foundations ever since, including Team Roc and the Shawn Carter Scholarship Foundation to help low-income students to continue their education. Jay-Z also created a joint charity foundation with LeBron James named Two Kings which started renovating over 100 public parks and gyms across America. He supports an endless list of charities and causes and he’s always there for those in need.

Jay-Z’s net worth has come a long way since his beginning and it’s all well deserved. He’s not only a musician and a businessman but also a great philanthropist and influencer who constantly contributes to the society. Discover more celebrity net worth articles about your favorite celebs on CelebJury!