Kimberly Noel Kardashian was born on October 21, 1980, in Los Angeles, California, where she attended the Roman Catholic, all-girls Marymount High School. After their father died, Kim and her siblings sold his company and started their own business endeavors. In her 20s, Kim got a close view of Hollywood’s pleasures, as a close friend and stylist of Paris Hilton. She went into business when she opened the D-A-S-H boutique with her sisters, Khloe and Kourtney, where they sold pieces by some of their favorite designers. Kim Kardashian’s net worth started going up when a sex tape of her and her former boyfriend, the rapper Ray J., found its way on the Internet in 2007. Kim was put in the spotlight and she brilliantly leveraged the media attention into the Kardashian brand. 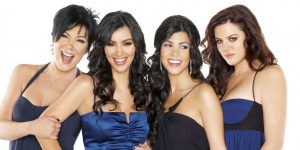 All this fuzz helped the Kardashian family to start a reality TV show, ‘Keeping Up With the Kardashians’, showcasing their daily lives. The show, produced by the matriarch Kris Jenner, premiered in October 2007 on E! and soon proved to be a huge success, which led to several spin-offs. In December of the same year, Kim appeared on the Playboy cover, confidently showing off her curves. Kim K’s net worth skyrocketed from this point, as she became a cultural phenomenon through her skillful self-promotion. She was the most googled celebrity in 2008, dethroning Britney Spears.

Kim has had several movie and TV series outings, making her debut in ‘Disaster Movie’. Kim went on building her own empire and put her name on many fashion products, including jewelry, perfumes, and clothing lines. Another golden year for Kim was 2010. She lent her name and face to various products, signing astronomical endorsement deals. She also appeared as a producer of the TV show ‘The Spin Crowd’ and as a guest star in Donald Trump’s ‘The Apprentice’. Kim and her sisters, wrote the autobiography ‘Kardashian Konfidential’, which appeared on the New York Times Best Seller List. Kim Kardashian’s net worth was estimated at $6 million at the time, making her the highest-paid Hollywood-based reality star. 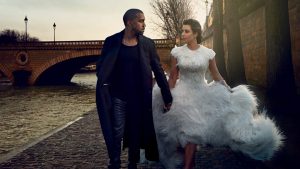 A year later, Kim Kardashian and Kris Humphries got married in an extravagant wedding ceremony, only to file for divorce 72 days later. However, even the marriage was a lucrative deal for Kim K. The most talked event of the year brought her nearly $18 million from publicity rights and photos. After her unsuccessful love story, Kim started dating her longtime friend Kanye West and the couple tied the knot in 2014, nearly two years after their daughter North was born, in a multi-million dollar ceremony in Forte di Belvedere, in Florence, Italy. Kim K’s net worth was estimated at $28 million that year, contributing to the power couple’s wealth.

Amongst her other business ventures, Kardashian has released a mobile game ‘Kim Kardashian: Hollywood’, which became a hit, bringing in $1.6 million in the first five days. The game later reached $160 million, putting her on the Forbes cover as the new mobile mogul. The net worth of Kim Kardashian bounced at $51 million in 2016. She launched a 325-page portfolio book of her selfie photos called ‘Selfish’. The emoji app for iOS devices, ‘Kimoji’, became one of the top five downloaded apps during the first week. This year she launched her own makeup collection which sold out in just three hours, bringing in $14.4 million. Most of the Kim Kardashian net worth comes from the reality show, her mobile game, the Kardashian beauty lines, the DASH boutique, as well as sponsored Instagram and Twitter posts for which she earns $10,000-25,000 per post.

Her most recent venture is in the cosmetic industry. Following the steps of her cosmetic millionaire sister, Kim K launched her own cosmetic line-KKW Beauty. The contour and highlight kits sold out in minutes, grossing $14.4 million. She launched a new fragrance line, using crystals as the cornerstone. Crystal Gardenia, Crystal Gardenia Oud, and Crystal Gardenia Citrus brought in $10 million in sales in their first day. Following the robbery in her hotel in Paris in October 2016 and the social media blackout that foiled her lucrative digital sponsorships, Kim Kardashian’s net worth in 2017, according to Forbes, has reached $175 million. However, her annual earnings have dropped to $45.5 million, putting her at number 47 of the Forbes Celebrity 100.

Kim Kardashian’s ability to monetize everything she touches brought about her huge success. Every step of her splendid life is followed by the media, making her unstoppable on her rise to fame and fortune. The most famous American socialite enjoys traveling to exotic destinations and treating herself with some expensive goodies. She owns a gigantic Mediterranean style mansion in Bel Air, Los Angeles. The luxurious home of the reality star is worth $11 million and features some of the most luxurious amenities. Kim and Kanye are still building their dream house in the Hidden Hills worth $20 million, with its own vineyard and a private kids playground.

Kim Kardashian also has an impressive car collection which includes a Bentley Continental, a Ferrari 458, a Mercedes G-Wagon, a Rolls Royce Phantom, a Lamborghini Aventador, a Lamborghini Gallardo, and other cars of the most luxurious brands.

But, Kim Kardashian’s net worth also goes towards good causes. She is known to donate her clothes to raise money for the Dream Foundation for adults with life-threatening diseases. She took part in a charity bowling game, Chris Brown‘s Kick’n It For Charity Kickball Games, with her sisters Kendall and Kylie Jenner. The famous star also supports the Skin Cancer Foundation, the American Foundation for AIDS Research, the non-profit Diamond Empowerment Fund, The Humane Society, and many others.

Kim Kardashian’s net worth has come a long way since her first TV appearance. Today, this reality TV star is one of the most popular celebrities and influencers of her age, as well as an extremely successful entrepreneur. You can love her or hate her, but you can’t deny that Kim K is an epitome of fame. Find more celebrity net worth articles on CelebJury!

Will Smith Net Worth: $260 Million