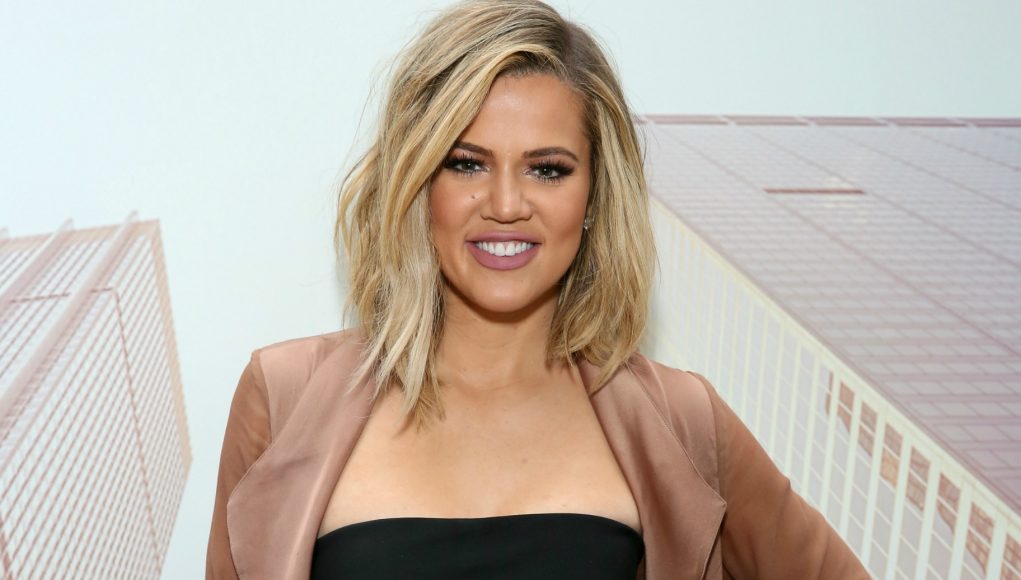 Khloe Alexandra Kardashian was born on June 27, 1984, in Los Angeles, California, to Robert and Kris Kardashian. She was growing up with three siblings Rob, Kourtney, and Kim Kardashian. After her mother remarried to the Olympic gold-winner, Bruce Jenner, she got two half-sisters, Kylie and Kendall Jenner. 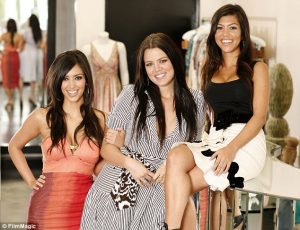 Khloe Kardashian’s net worth started going up when she was launched into fame starring in the TV show Keeping Up With the Kardashians. The unseen success of the show resulted in several spin-offs including ‘Kourtney and Khloe Take Miami’. Many business ventures diverged out of the Kardashian brand. Becoming a global sensation, the Kardashian sisters monetized their brand in every way possible. Khloe and her sisters opened the D-A-S-H boutique and collaborated with the Natural Product Association to create a teeth whitening pen. The famous sisters also released their own jewelry line and the K-Dash clothing line. Khloe Kardashian’s net worth in 2009 reached $6 million. In 2010 they released the ‘Kardashian Konfidential’ book followed by the novel ‘Dollhouse’. They also had successful tanning and hair products line.

Khloe made the headlines when she married the NBA star, Lamar Odom after dating only for a month. Together with Odom, Khloe launched unisex fragrances ‘Unbreakable’ and ‘Unbreakable Joy’. The celebrity couple also starred in a reality show on their own, entitled ‘Khloe and Lamar’. The combined value of the Khloe Kardashian and Lamar Odom net worth was going up steadily until the Hollywood fairytale turned into a troublesome relationship. Due to Odom’s drug abuse and infidelity, their marriage eventually ended with a highly publicized divorce. The Kardashian sister has several business ventures that increase her fortune. Like the other Kardashian-Jenner members, she has a mobile app which has millions of subscribers. The lifestyle app includes workout, organizational, and shopping tips directly from the reality star. She often rewards her loyal fans with special access to exclusive events and giveaways. 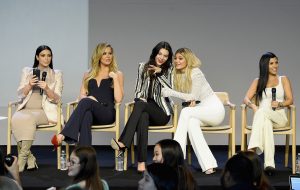 Khloe Kardashian’s weight loss was an inspiration for her book ‘Strong Looks Better Naked’. The reality star became a workout guru after totally transforming her body. She wanted to be an inspiration to her fans and share her philosophy on her way of life. The book also contains some personal stories from her marriage, her father’s death, Caitlyn Jenner’s transition and more. ‘Strong Looks Better Naked’ found its place at the top five of The New York Times bestsellers list.

The youngest Kardashian sister also found herself in the role of a host several times. She co-hosted the American X Factor in 2012 and got her own show in 2016. ‘Kocktails with Khloe’ was a pop-culture themed variety talk show which survived only for one season. KoKo was earning up to $20,000 per episode. Then, the reality star created ‘Revenge Body with Khloe Kardashian’, a makeover show that follows the major transformation of the contestants in and out. The show proved to be a success and will be returning for its second season. Khloe Kardashian ranked at number four on the 2016 list of Top-Earnings Reality Stars, racking $15 million. 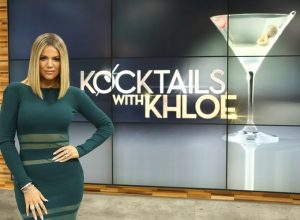 Out of the many ventures, it seems that nothing brought Khloe so much success as her ‘Good American’ jeans brand did. In the light of her women empowerment role, she created a denim line for women of different shapes. Khloe Kardashian’s jeans collection made $1 million on its first day of sales and continued to be one of the greatest apparel brands in history. ‘Good American’ has expanded as a brand beyond denim lines, launching bodysuits, hoodies, T-shirts, accessories, and more.

Like the other members of her famous family, Khloe enjoys being surrounded by luxuries. She owns a home in California which she purchased for $7.2 million. The estate features a spa, a library, a pool, and a private cinema. However, she currently resides in Ohio with her beau, Tristan Thompson. The house, purchased by Thompson for $1.9 million, has breathtaking views of Lake Erie and features four bedrooms and three bathrooms. Kardashian also owns several luxurious cars like the S65 AMG – manufactured by Mercedes, worth $210,000, a Porsche Panamera, a Range Rover Sports, and a Rolls Royce Phantom Drophead Coupe, worth $490,550. 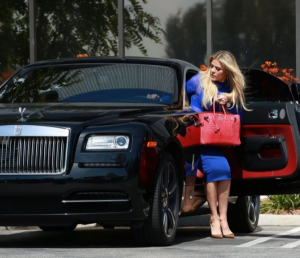 But, a part of Khloe Kardashian net worth also goes to a good cause. The reality star always accentuates the importance of giving back. The Kardashian family donated $250,000 to the ‘Gabrielle’s Angel Foundation’ for cancer research after they honored their dad at the Angel Ball. What is more, the Kardashians are known to have donated $500,000 to hurricane Harvey relief efforts. Khloe Kardashian and Tristan Thompson hosted a Turkey Drive last Thanksgiving and donated food to underprivileged families. She is also an avid supporter of PETA and appeared naked in their campaign ‘I’d Rather Go Naked Than Wear Fur’. Khloe also supports the Dream Foundation, Elton John AIDS Foundation, and Soles4Souls.

We’re going to see Khloe Kardashian’s net worth increase in the next few years. The Kardashians have the power to monetize everything they set their mind to and KoKo is not an exception. She came to be one of the most influential celebrities and a true women empowerment force. Find more celebrity net worth news on CelebJury!