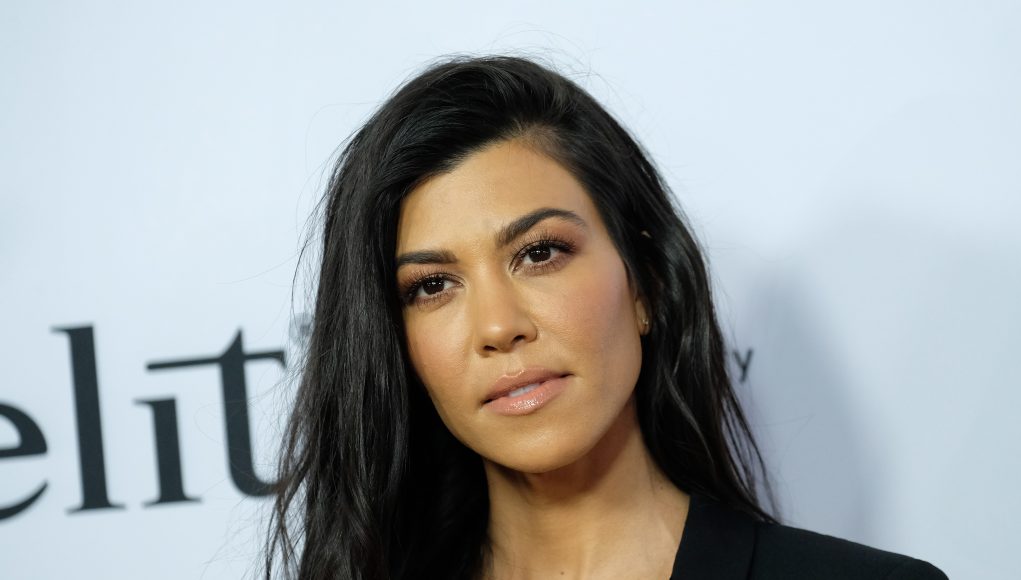 Kourtney Mary Kardashian was born on April 18, 1979, in Los Angeles, California to parents Kris and Robert Kardashian. She was growing up with three siblings, her brother Robert Jr. and sisters Kim and Khloe. Her mother’s second marriage with Bruce Jenner gave Kourtney two younger half-sisters, Kylie and Kendall Jenner. Kourtney graduated from Marymount High School. She attended the Southern Methodist University and then transferred to the University of Arizona where she received her Bachelor degree.

Kourtney first appeared on TV in 2005, in the reality show ‘Filthy Rich: Cattle Drive’. But, Kourtney Kardashian’s net worth started going up after Kim’s sex tape leaked. The family managed to leverage the gained prominence into the reality show ‘Keeping Up with the Kardashians’. The series was immediately followed by great success and eventually resulted in several spin-offs. Kourtney was part of ‘Kourtney and Khloe Take Miami’, ‘Kourtney and Kim Take New York’, and has guest appearances in ‘Khloe & Lamar’. Kourtney collects a $500,000 paycheck per one episode of the stellar show. 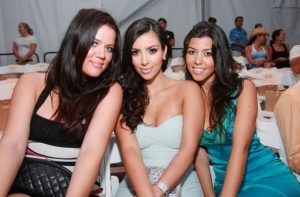 The net worth of Kourtney Kardashian is also boosted by several business ventures she partakes in with her sisters. She is a co-owner of the D-A-S-H boutique and a co-creator of the clothing line K-Dash, sold on QVC. The Kardashian sisters have also launched a tanning product line, ‘Kardashian Glamour Tan’ and together wrote their autobiography entitled ‘Kardashian Konfidential’. In 2011 came their second book, a fiction novel that resembles their lives called ‘Dollhouse’. They also endorse the skincare line ‘PerfectSkin’. The famous sisters have released a jewelry collection for the company ‘Virgins Saints and Angels’ which reflects their Armenian background.

Kourtney has had her acting debut on the ABC series ‘One Life to Live’ as the attorney Kassandra Kavanaugh. The eldest Kardashian sister also pockets $125,000 for appearing at events or red carpets. Also, like the other Kardashian-Jenner family members, she has her own lifestyle app which significantly boosts her income. Kourtney Kardashian’s net worth in 2015 was estimated at $20 million. The reality star was put in the spotlight after her relationship with Scott Disick went south. The couple parted ways after nine years together. Kourtney Kardashian and Scott Disick’s net worth before their separation exceeded $40 million. However, Kardashian seems to have moved on to Younes Bendjima, the 14-years-younger model. Kourtney Kardashian’s boyfriend net worth is estimated to be $500,000. 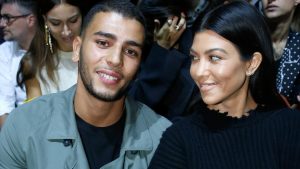 Although Kourtney endorses fewer products than her younger sisters, she still pockets hefty sums from the deal with the Manuka Doctor skincare products and the Kardashian Beauty brand. She also endorses FitTea and a waist trainer. The social media ads are accountable for about 10% of the starlet’s annual earnings. Kourtney Kardashian’s Instagram is the main place for digital endorsements, as she’s one of the most followed celebrities. The reality star makes up to $250,000 per post. According to Forbes, Kourtney Kardashian’s net worth was increased by $10 million thanks to her annual earnings in 2016, which placed her at number six of their Top-Earning Reality Stars list. Her current net worth is estimated to be $35 million.

The mom-of-three lives in a $7.45 million estate in Calabasas, California. Kourtney Kardashian’s house is located in the Estates at the Oaks. The 11,746 square-foot home has six bedrooms and seven bathrooms and features a private theatre, a spa, and a sauna room. Kourtney Kardashian’s house interior is exceptional, turning the mansion into a contemporary retreat with an elegant and minimalistic aesthetic elements. The house features an outdoor pool and a four-car garage which holds up her luxurious cars including a Mercedes S500, and a Mercedes AMG SLS 500. 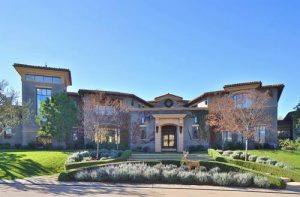 Kourtney doesn’t hesitate to put some money for charitable causes. Recently she did a digital yard sale on her lifestyle app, selling items from her home in order to raise money for Children’s Hospital in Los Angeles. She also supports the Dream Foundation, Elton John AIDS Foundation, Lupus LA, St. Jude Children’s Research Hospital, and The Humane Society. Also, together with her family, she is an avid supporter of the ‘Gabrielle’s Angel Foundation’ to which they donated $250,000 for cancer research. Also, they have donated $500,000 to the victims of the hurricane Harvey.

Kourtney Kardashian’s net worth won’t decline. The Kardashian-Jenner dynasty is at the peak of their fame and the eldest sister is not an exception. The mom-of-three inspires other mothers, fitness enthusiasts, and fashion lovers each day. Follow CelebJury for more celebrity net worth articles!