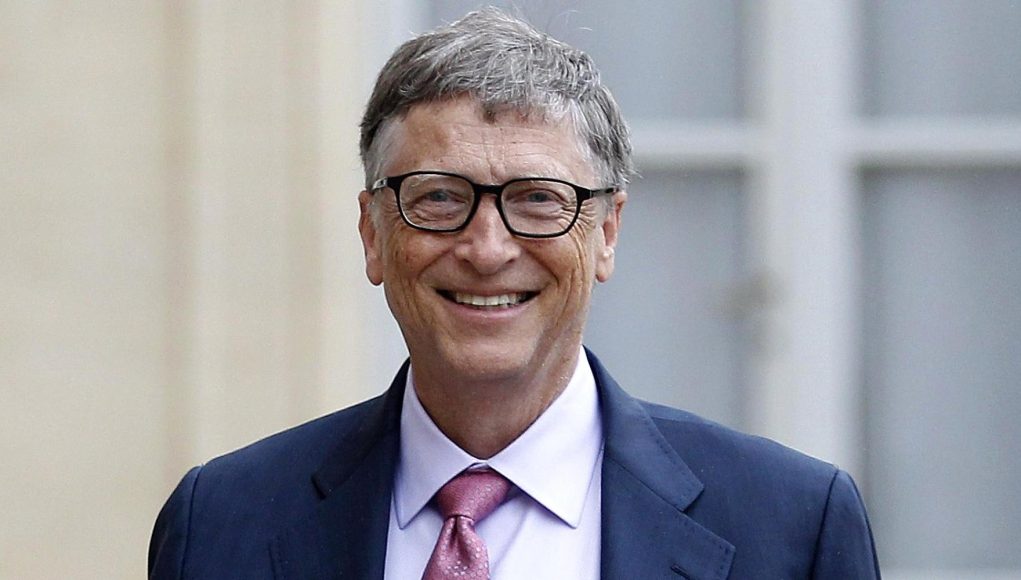 William Henry Gates III was born on October 28, 1955, in Seattle, Washington in a wealthy family. His father was a senior lawyer, and his mother was a teacher who later worked as an executive for a bank. Gates attended the private Lakeside school where he was introduced to computers. He enjoyed working on them and creating programs, so he got an arrangement to continue his experiments in the Computer Center Corporation. It seems like Bill Gates’ net worth was predestined to skyrocket and he was about to become a great businessman. He showed an exceptional talent in mathematics and computer science. At the age of 15, he developed a software to optimize road traffic and sold it for $20,000! Gates enrolled at Harvard and soon became one of its greatest students. Two years later he dropped out when he saw an opportunity to found his own company.

In 1976, Gates and his high school friend signed a contract with Micro Instrumentation and Telemetry Systems. The contract required them to develop a basic operating system for the company’s new microcomputers. They named their partnership Micro-Soft. Microsoft became independent of MITS in 1976 and moved their office to Bellevue, Washington to continue developing programming language software. Gates soon found out that the company earnings have dropped significantly due to illegal copying of their software. This made Gates furious and he later used the innovation threat to defend his company from unfair business practices. 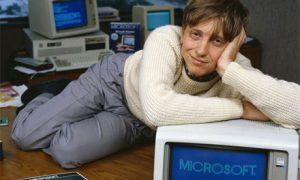 Microsoft’s big break happened in 1980 when IBM, the best PC manufacturer at the time, asked them for a new BASIC operating system for their new computers. Bill Gates delivered the PC DOS operating system to IBM, for a one time fee of $50,000, making Microsoft the leading company in the industry. Bill Gates’ net worth shot up significantly in these years, as well as the company’s income which reached $16 million in 1980. As early as the next year, Microsoft became a corporation with Bill Gates as its president. In the same year, IBM introduced their PC with the 16-bit operating system MS-DOS and other Microsoft products like COBOL, Pascal, and BASIC. Microsoft entered the IPO market in 1986 and in just one day one share grew up to $28. Gates managed to retain 45% of his stock. Bill Gates’ net worth grew to put him on the Forbes rich list with $315 million, only to become the youngest billionaire in the next year, at the age of 31.

The first version of Windows was released in 1990 and was a breakthrough in operating software. Soon, its sales exceeded $1 billion annually and captured the majority of the operating system market share. At that point, the net worth of Bill Gates was estimated at $2.5 billion. Windows 95 set new and improved standards and became the backbone of all future Windows versions. It sold 25 million copies in just one day and catapulted Bill Gates’ net worth to $14.8 billion. Later that year, he introduced his book about the vision of the digital future ‘The Road Ahead’, which was the New York Times’ number one bestseller for seven weeks. 1999 was a year of unseen madness for the tech stock, which pushed Bill Gates’ net worth to $85 billion. 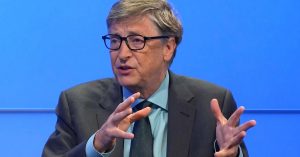 In 2008, Gates retired from the active management at Microsoft but remained a chairman of the Board of Directors until 2014. From that moment on, he devoted himself to philanthropy focusing on global problems that are ignored by the government. However, the net worth of Bill Gates continued growing, thanks to his stakes in many companies. He was the highest earning billionaire in 2014 with $76 billion, with most of the income coming from his stakes in Cascade Investment LLC and numerous other businesses like the Four Seasons Hotels and Resorts, Corbis Corporation, Canadian National Railway, Berkshire Hathaway, Deere & Co, Liberty Global, and Waste Management. Bill Gates’ net worth in 2017 is estimated at $91.4 billion and he’s the second-richest person in the world.

The business magnate is fond of high speed. His garage includes an impressive collection of luxury cars including a Porsche 959 Coupe, a Porsche Carrera 911 Cabriolet 964, and a Porsche 930 Turbo. Bill Gates’ home is an ultra-modern 66,000 square-foot mansion, overlooking Lake Washington. The residence features the latest technology, an Olympic size pool, and stunning interior made of seven different stones and woods.

Apart from his house and cars, Bill Gates also owns a  Bombardier BD-700 private jet. He’s also an owner of The Grand Bogue Caye, the biggest island in the Republic of Belize. Bill Gates’ net worth enables him to purchase some of the most precious arts. His home collection includes Homer’s ‘Lost on the Grand Banks’ worth $36 million, Bellow’s ‘Polo Crowd’ worth $28 million, and many others.

Bill Gates’ net worth is largely used for a good cause. One of the organizations founded by Bill Gates is the ‘Bill & Melinda Gates Foundation’, for which he received an honorary knighthood by Queen Elizabeth II and Times named him ‘Person of the Year’ for his charitable contributions. The wealthiest charitable foundation is organized into four divisions – Global Development, Global Health, United States, and Global Policy & Advocacy; thus supporting many causes. It’s estimated that Bill and his wife have donated $28 billion to charity. 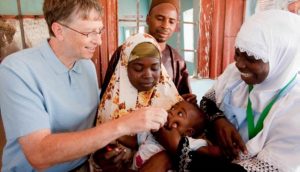 Bill Gates is making numerous personal donations as well. In 2015 he presented the Omniprocessor, an ingenious machine that turns feces into clear water. This will help in providing 2.5 billion people with drinking water worldwide. Recently, he also made one of the biggest donations in the last two decades by giving away $4.6 billion worth of stakes in Microsoft, reducing his shares at 1.3%. Prior to this, he donated $5.1 billion worth of stakes in 2000.

Bill Gates’ net worth continues to grow and we may see him become the world’s first trillionaire. But, one thing is sure, the business magnate is also one of the biggest philanthropists and the most inspirational person that the world has ever seen. Discover more celebrity net worth articles about your favorite stars on CelebJury!