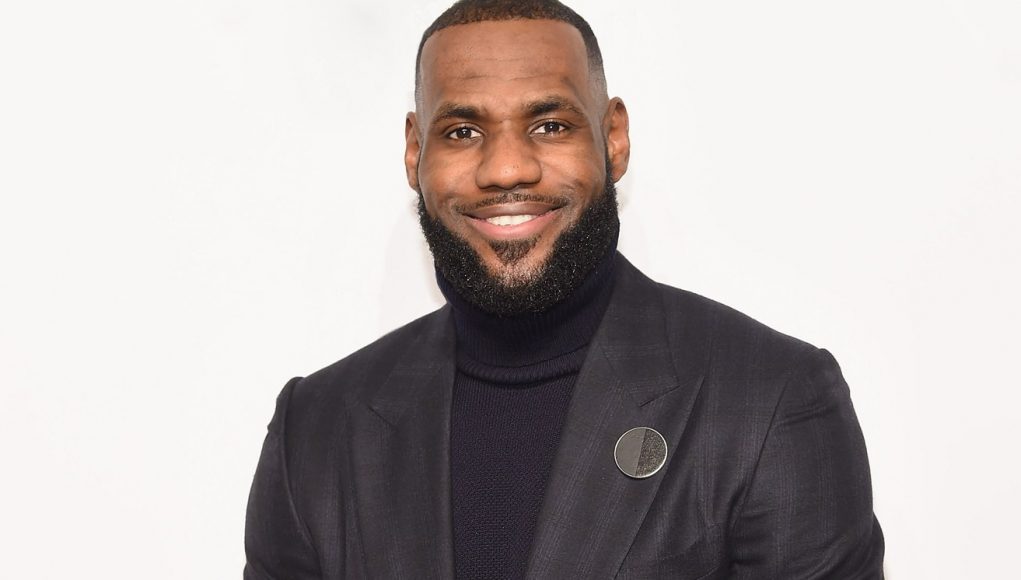 LeBron Raymone James is born on December 30, 1984, in Akron, Ohio. Raised by a single mother, he had moved frequently. His mother decided James would be better off with the family of Frank Walker, a football coach, who introduced him to basketball at an early age. LeBron James’ net worth was predestined to go up, as he was to become the biggest basketball star.

LeBron played for the Northeast Ohio Shooting Stars before he started attending St. Vincent-St. Mary High School. As a freshman, LeBron had an average of 21 points per game and led his team to the Division III state title. As a sophomore, he had an average of 25 points, and once again led his team to the championship title with his outstanding performance. He was named Ohio’s Mr. Basketball and selected to the USA Today All-USA First Team. The word about his unseen talent spread and PARADE magazine named him High School Boys Basketball Player of the Year and Gatorade Player of the Year. James appeared on the Sports Illustrated cover in his junior year. During his senior year, LeBron played against several nationally ranked teams, including Oak Hill Academy. Again, he was unprecedented in his game and achievements. 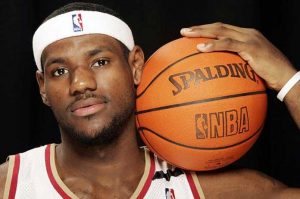 Being one of the best young prospects of all time, LeBron was the first player picked in the NBA draft in 2003. The Cleveland Cavaliers signed a four-year contract with the rising star for $18.8 million and he became a valuable asset to the team. James was named the NBA Rookie of the Year with an average of 20.9 points, 5.9 assists and 5.5 rebounds per game. LeBron James’ net worth noted significant rise, as the young star signed several endorsement deals, the most lucrative of which was the one with Nike, worth $90 million. James was quickly transforming into a legendary player, earning his place in the NBA All-Star Game in the 2004/05 season. He led the East to victory in the 2006 All-Star Game, earning the NBA All-Star MVP title. His individual success scored him a new contract agreement with the Cavaliers, worth $60 million. The team came back stronger in the next season, winning the East Conference. Although they didn’t win the championship, LeBron noted exquisite performance, scoring 48 points, 7 assists, and 9 rebounds during the Game 5.

The season 2007/08 was a stellar one for James. Despite the fact that Cavaliers managed to make it only to the semifinals, he had an average of 30 points per game, surpassing legendary players like Kobe Bryant and Allen Iverson. After becoming a free agent, James signed a $110 million contract with Miami Heat in 2010. His fans were pleased, but outside Miami, LeBron’s decision was not received very well and it was considered as a betrayal of his hometown. In the next season, the superstar was voted MVP with an average of 28.6 points, leading Miami Heat to victory. James made history once again in 2013, becoming the youngest player to score 20,000 points. He also led his team to its second consecutive NBA championship. 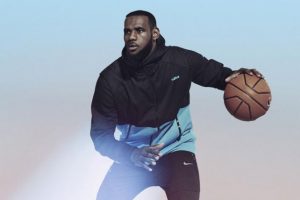 The legendary player became a free agent again in 2014 and he decided to return to the Cavaliers. In his first season back, James led the team to the Finals, averaging 25 points and 7 assists per game. In the season 2015/16, James retained his outstanding performance, managing to come back in the game after 3-1 series deficit for the team. Being stronger than ever, James brought Cavaliers the city’s first professional sports title in 52 years and he was again unanimously voted MVP. James re-signed a $100 million worth contract with the team after the win. He was already one of the highest-paid athletes of the year with a salary of $31 million. LeBron James’ net worth, including endorsements, was estimated at $275 million in 2016.

LeBron signed his first five-year endorsement deal with Upper Deck trading cards, worth $5 million. Throughout his career, he has made endorsement contracts with some of the biggest companies, including Coca-Cola, KIA Motors, Audemars Piguet, Dunkin’ Brands, McDonald’s, State Farm, and Samsung. LeBron James’ first Nike contract, worth $90 million, came immediately after he was out of high school. Their extended contract in 2011 was worth $20 million per year. Ultimately, the twelve-years collaboration with Nike was crowned with a lifetime contract worth $1 billion. LeBron James’ Nike deal was the biggest in the company’s history before they inked the second contract with Ronaldo. The King has also signed a deal with Fenway Sports Group that got him a minority stake in the English Premier League club Liverpool FC. In 2014, Forbes estimated that the athlete had made $326 million from endorsement deals. Having made a deal to promote Dr. Dre’s Beats Electronics headphones in exchange for a small stake in the company, James made $30 million profit after Apple took over. 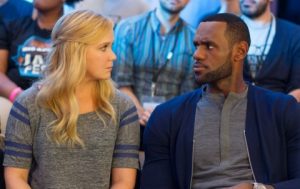 The net worth of LeBron James was also constantly going up thanks to his smart business choices. The NBA superstar co-hosted the 2007 ESPY Awards and the Saturday Night Live season premiere. He has also appeared in a cameo role in the ‘Entourage’ series and played himself in the movie ‘Trainwreck’. He also owns a multi-platform media company, which recently got a $15.8 million investment from Time Warner. His production company, named ‘SpringHill Entertainment’ has aired two series ‘Survivor’s Remorse’ and ‘Cliveland Hustles’, as well as the game show ‘The Wall’. LeBron, together with Maverick Carter and Drake, also produced the Vince Carter documentary ‘The Carter Effect’.

The NBA star earned $86 million in 2017, with $31 million in salaries and $55 million coming from endorsements, ranking as the second-highest-paid athlete. The net worth of LeBron James is currently put at $340 million, making him one of the richest celebrities in 2017.

LeBron James is known for his extravagant life and he surely doesn’t spare money when it comes to his wife, his high school sweetheart, Savannah. He purchased a $300,000 ring for their engagement in 2011. LeBron has a strong passion for cars. His collection includes some of the finest cars, including a Ferrari F430, a Maybach 57S, a Camaro SS, a Mercedes AMG S63, and a Dodge Challenger SRT. He also has a Jeep Wrangler and a Porsche Turbo.

‘The King’ owns a modern mansion in Brentwood, LA, worth $20 million. The luxurious home features a movie theater, a wine cellar, a private sun deck, and an additional guest house. However, he and his family currently live in their 30,000 square feet, $9.2 million worth mansion in Akron, Ohio. The luxury home features a bowling alley and a barber shop. The NBA star has just bought another impressive home in the Brentwood neighborhood. He purchased the 16,000 square-foot mansion for $23 million. The home features eight bedrooms, ten bathrooms, a private theater, a cigar and entertainment room, and a rooftop terrace that offers an amazing view of downtown LA and the ocean. 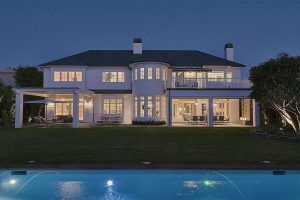 LeBron James is also one of the greatest philanthropists. He’s created the LeBron James Family Foundation, which recently partnered with the University of Akron to give a guaranteed four-year scholarship to students. He provided the scholarship, worth $9500 per year, for over 1000 students. On many occasions, he has donated funds, furniture, computers, and more for the Boys and Girls Clubs of America in order to provide equal opportunities for all children. ‘The King’ supports many other charitable organizations, including Gabrielle’s Angel Foundation, Children’s Defense Fund, and ONEXONE.

We won’t see LeBron James’ net worth declining anytime soon. The King, who proved himself to be one of the greatest athletes with an even greater heart, will continue making history. Make sure to visit CelebJury daily for more celebrity net worth articles!