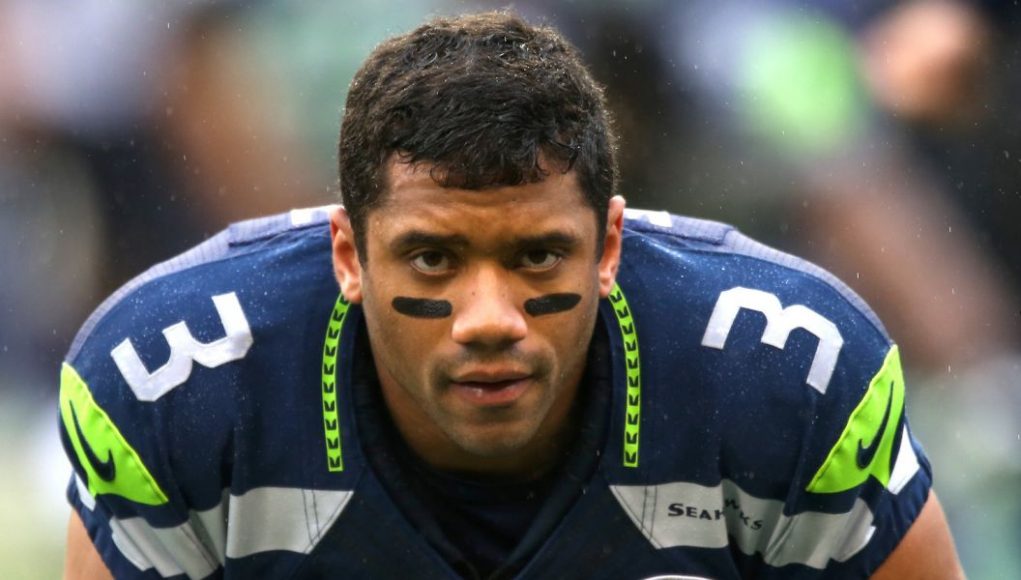 Russell Carrington Wilson was born on November 29, 1988, in Cincinnati, Ohio, but grew up in Richmond, Virginia. Wilson developed his athletic skills through competitions with his older brother. During his years at Richmond’s Collegiate School, Russell Wilson played for the basketball, baseball, and football teams. During his senior year, he was named all-state and conference Player of the Year. For his outstanding performance in the state championship game, Wilson was featured in Sports Illustrated magazine. It seems like Russell Wilson’s net worth was bound to reach millions. 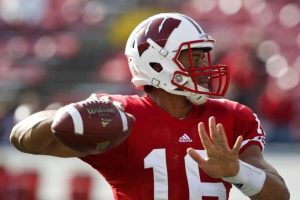 As a freshman at North Carolina State University, Russell Wilson earned all-ACC first team honors. He transferred to the University of Wisconsin for his final year of collegiate eligibility. He led the team to the Big 10 conference title and set the NCAA record for passing efficiency. Russell Wilson led the Wolfpack to a 9-4 season. He also held the ACC in passing yards per game and total offensive yards per game. Wilson graduated from NC State with a BA in communication after which he took graduate-level business courses.

Russell Wilson committed to Wisconsin for the 2011 season. In his first game for the team, Wilson passed for 255 yards and 2 touchdowns. He rushed for 62 yards and had a 46-yard run. Wilson was named first-team All-Big Ten by the coaches and media. Amongst other praises, Russell won the Griese-Brees Big Ten Quarterback of the Year award. He continued his stellar performance by scoring three touchdowns in the win over the Michigan State Spartans, which brought him the Grange-Griffin MVP award. Wilson ended the season with 33 touchdowns, setting several records. 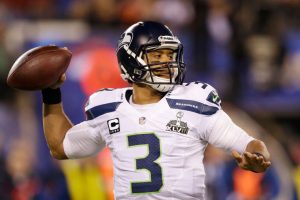 He was picked in the 75th overall draft in 2012 by the Seattle Seahawks. They signed a four-year contract worth $2.99 million, increasing Russell Wilson’s net worth. He marked the season start as the Pepsi NFL Rookie of the Week, after the 28-7 victory over New York Jets. He threw 12 completions out of 19 attempts for 188 yards and 2 touchdowns, as well as 7 rushing attempts for 34 yards. After achieving a 115.2 passer rating, Wilson earned NFL Offensive Rookie of the Month honors. He ended the season setting a rookie record for 26 touchdown passes.

Seahawks started the 2013 season with a 4-0 score for the first time in history. They won seven consecutive times. With his exceptional game, Wilson led the team to the NFC West title with a record 13-3 and the number one seed in the playoffs. Wilson noted 26 touchdown passes and 9 interceptions. He finished the season with 101.2 passer rating and became the first quarterback to have such rating in both of his first two seasons in Super Bowl. Russell Wilson’s worth was going up, as the quarterback received a salary of $526,000. 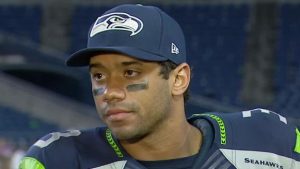 He helped his team make a six-game win streak after the 3-3 result by week seven. This brought the second consecutive NFC West title for the Seahawks. The quarterback has already proven to be one of the best players. Russell Wilson’s net worth spiked after he signed a four-year extension with his team, worth $87.6 million. He made history again, throwing 19 touchdowns without any interceptions. Wilson broke several records during the 2015 season. Some of them include most passing yards, highest passer rating, and most passing touchdowns. Wilson also became the first quarterback to throw for over 4,000 yards in a season. He marked a 51.7% deep ball completion percentage, which was the highest amount for quarterbacks. Russell Wilson reached the 17th place on the NFL Top 100 Players of 2016.

The team made it to the Divisional playoffs against the Carolina Panthers. Although Wilson showed an exceptional performance, the team lost. Despite two injuries, Wilson started all 16 games in the season. The Seahawks set a record, finishing with a 10-5-1, winning the NFC West title. Russell Wilson ended the season with 4,219 passing yards. 259 rushing yards, and 21 passing touchdowns. The team made it to the playoff but lost to Atlanta Falcons in the Divisional Round at the Georgia Dome. 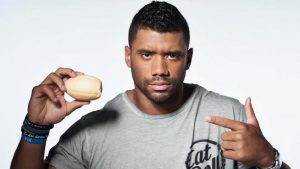 He’s also a part-owner and endorser of the bread company ‘Eat the Ball’. In 2016, the quarterback launched his clothing line ‘Good Man Brand’. The Seahawk star joined as a partner in the investment group which has a goal to bring a new sports arena to Seattle’s SoDo neighborhood. Wilson also founded a fan network ‘TraceMe’ which gives the fans an opportunity to connect with celebrities.The quarterback is gaining more and more fans and he’s maintaining social media presence. Currently, he has 3,100,000 Instagram followers and his estimated cost per sponsored post is $17,952. Russell Wilson’s net worth in 2017 was estimated at $120 million.

It seems that the famous athlete isn’t a fan of the extravagant life although he owns a $2 million car collection, including his newest Mercedes Benz G63 AMG. He started dating the singer Ciara in 2015 which gained him more popularity. The couple tied the knot a year after and has recently welcomed their daughter. They live their fairytale in a $6.7 million home on Lake Washington, Bellevue. Russell Wilson’s house is a two-story, 10,700 square-foot, waterfront mansion featuring five fireplaces, skylights, a walk-in pantry, and a wine cellar. 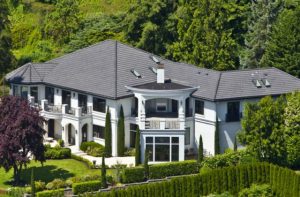 A portion of Russell Wilson’s net worth goes to charity. He’s an active volunteer in the Seattle community, making weekly visits to Seattle Children’s Hospital. Recently he donated $1 million to its Strong Against Cancer program. He has been hosting the Russell Wilson Passing Academy, a youth football camp. The proceed from the camp in 2012 went to the Charles Ray III Diabetes Association. The Russell Investments have supported his ‘Invested with Russell’ program, donating $3,000 to his ‘Why Not You’ foundation for every touchdown he scored. Wilson’s foundation in collaboration with the Kasey Kahne Foundation host an annual charity event called The DRIVE which has raised $1.7 million for Seattle area charities including the Boys & Girls Club of King County.