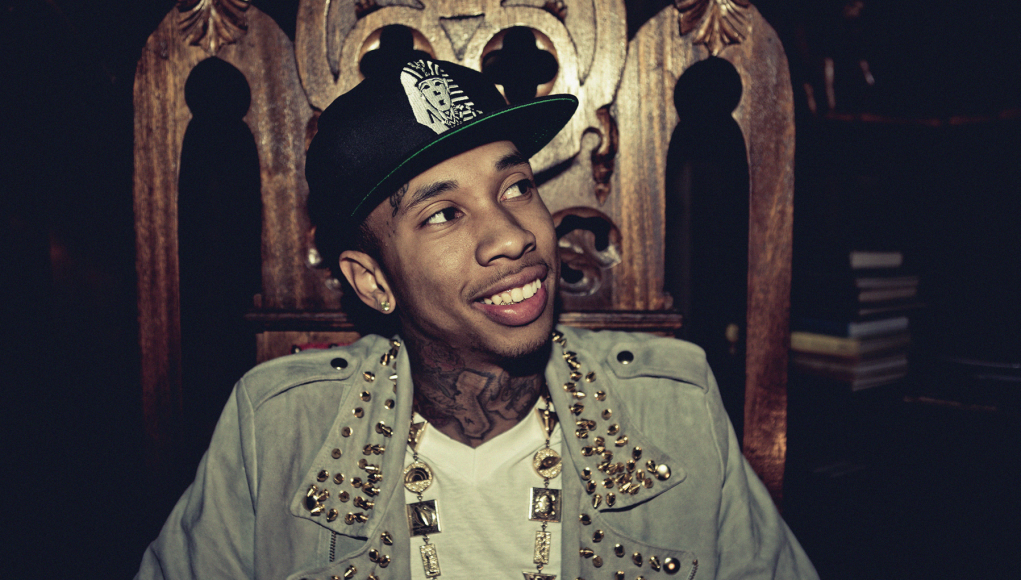 Tyga was born as Michael Ray Stevenson on November 19, 1989, in Compton, California. He grew up listening to Eminem, Cam’ron, and Fabolous and developed an interest in rap music. He started writing lyrics and entered a rap contest with his school friends. Tyga’s net worth started going up after the young rapper got his very first record deal with Bad Squad records.

Tyga’s first independent album, ‘No Introduction’ was released in 2008 and lead him to a recording deal with Young Money and Birdman’s Cash Money Records. A song of this album, ‘Diamond Life’ was used in the movie ‘Fighting’ and the video games ‘Speed: Undercover’ and ‘Madden NFL 2009’. However, the album received little critical and commercial attention. But, the remix to ‘Coconut Juice’ which featured a guest verse from Lil Wayne became a huge success. Meanwhile, Tyga continued to establish himself as a great artist, releasing a number of singles and mixtapes. 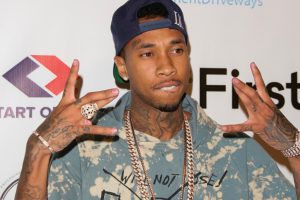 The ‘BedRock’ single sold 6.2 million copies and put over $1 million in Tyga’s pocket. He created the ‘Fan of a Fan’ mixtape with Chris Brown. The ‘Deuces’ track became the most successful from the mixtape, reaching number 14 on the Billboard Hot 100 and number one on the Billboard Hot R&B/Hip-Hop Songs. The track received a Grammy nomination and an official remix featuring Kanye West, Drake, T.I., and more. He was also featured on Big Sean‘s mixtape ‘Finally Famous Vol.3: BIG’ alongside Asher Roth, Drake, and Bun B. Tyga’s second album ‘Careless World: Rise of the Last King’ came in 2012. The album noted a move to rapping and more mature style. The album became a commercial success, debuting at number 4 on the Billboard 200. Tyga continuously released several singles and mixtapes, the most famous of which is ‘#BitchImTheShit’ and ‘Well Done 3’. Tyga’s net worth in 2012 was put at $1.8 million.

Before releasing his upcoming album, Tyga dropped a nine-track mixtape called ‘187’, featuring remixes of the songs of Meek Mill, 2 Chainz, and GOOD Music, as well as new material. Soon, he released the second ‘Fan to a Fan’ mixtape. His third album, ‘Hotel California’ was released in 2013, featuring many artists including Lil Wayne, Chris Brown, Rick Ross, and others. The album got mixed reviews and also noted a declining commercial success. In the same year, Tyga released ‘Wait for a Minute’, featuring Justin Bieber. In 2014, the rapper released his new song ‘Real Deal’ via SoundCloud. It followed the single ‘40 Mill’, produced by Kanye West, which received positive critics. During 2014, Tyga was making up to $50,000 per night. 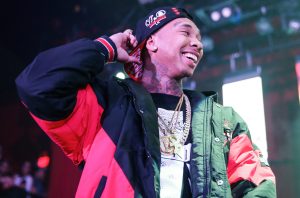 Due to misunderstandings with his label, Tyga released his fourth album ‘The Gold Album: 18th Dynasty’ independently on Spotify. Although the album wasn’t a commercial success, it brought in $300,000 for the rapper.  Tyga’s net worth went up as he teamed up with Chris Brown and Trey Songz for a tour which grossed  $5,842,657. Tyga released his fifth album ‘BitchImTheShit2’ in 2017, and he would become the series regular in the third season of the MTV series ‘Scream’. As of this year, Tyga is part of Kanye West’s imprint GOOD Music.

The net worth of Tyga has also been boosted by his business ventures. In 2012, the rapper produced and co-directed the crossover adult movie ‘Rack City: The XXX Movie’ starring Skin Diamond, Ice La Fox, and Jada Fire. Tyga also signed the soundtrack which includes his hits ‘Rack Coty’ and ‘Faded’. He also made a non-sex appearance in the movie. In addition, Tyga launched the adult movie website, earning $12,000 in its first month only. His clothing line ‘Last Kings’ is also a lucrative business. He gets 10% of the company’s earnings and only in 2012 he pocketed $3 million. The young rap star signed a $1.5 million contract with Reebok for the TRAWW collection. Tyga has also launched a footwear line in collaboration with L.A. Gear. He has also had lucrative endorsement deals with Foot Locker, Reebok, SOL Headphones, and Porsche. 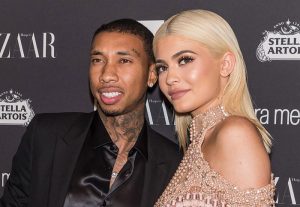 Tyga’s net worth skyrocketed after he entered into a relationship with the reality star Kylie Jenner. He was in the spotlight again, and he also appeared in ‘Keeping Up with the Kardashians’ several times during their relationship which ended in 2017. Tyga himself is a TV reality star having his own show ‘Kingin’ with Tyga’. Tyga’s net worth in 2015 was estimated at $8 million, and the sum was continuously increasing. Tyga’s net worth in 2016 reached $12 million thanks to his album sales, small venue concerts, endorsement deals, and merchandise. The net worth of Tyga in 2017 has decreased and is now at $8 million.

Tyga’s net worth has had its ups and downs, partly because of the rapper’s spending habits. He’s widely known for his extravagant life and didn’t spare for Kylie’s gifts. The starlet got a Ferrari 482 Italia for her birthday and a $50,000 ‘promise’ ring. Tyga owns an impressive jewelry collection of luxury pieces including three King Tut pendant necklaces, two chain bracelets, six gold watches, three gold animal cuffs, and more.

Tyga’s house is in the neighborhood where Kim Kardashian and Kanye West live, and he rents it for $46,000 a month. The rapper also loves to drive with style. He owns one of the finest car collections which includes a Rolls Royce Phantom Coupe worth $440,000, a Mercedes SLR McLaren worth $452,750, and a Lamborghini Aventador $397,500. He also drives a Mercedes SLS AMG, Vintage Fogiato Impala, and Mercedes SLS coupe. 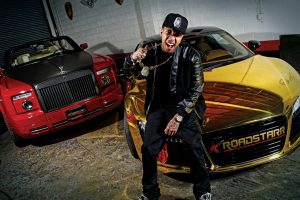 The rapper is not the most philanthropic artist. The net worth of Tyga goes mostly for his lavish life. However, he has supported some charities throughout his career such as R.O.A.R, School on Wheels, Sports Spectacular, and the Children’s Center for Cancer & Blood Diseases at the L.A. Children’s Hospital.

Tyga’s net worth is bound to go up because he surely knows how to step into the spotlight. The rapper also turned out to be a successful reality star and businessman. Check CelebJury for more celebrity net worth articles.