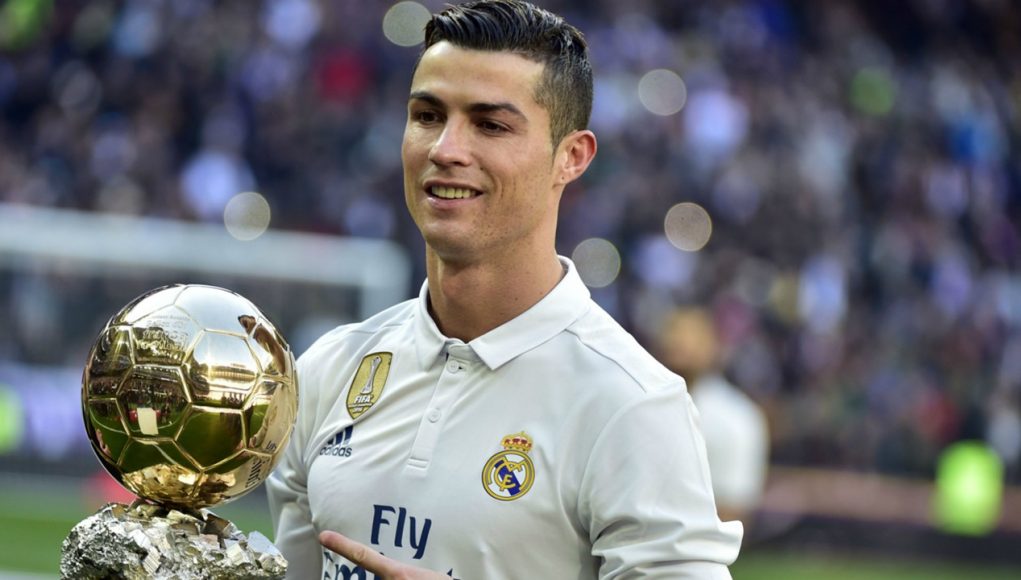 Cristiano Ronaldo dos Santos Aveiro was born on February 5, 1985, in Sao Pedro, Funchal, as the youngest child of Maria Dolores dos Santos Aveiro and José Dinis Aveiro. He was introduced to football at a very young age, playing for the amateur team Andorinha from 1992 to 1995, where his father worked as an equipment manager. His talent, enthusiasm, and love for the game became apparent. By the time he was 10, Ronaldo was recognized as a phenomenon. His talent had been growing significantly so Cristiano Ronaldo’s net worth was also set to grow. He spent two of his teenage years playing for Nacional. In 2001 he signed with Sporting CP where he first played for the youth team before he had his debut on the first team, thanks to his exceptional performance. The friendly match between Manchester United and Sporting, where he showed his outstanding talent, brought the young player to the attention of one of the biggest European football clubs. 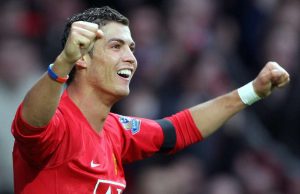 Cristiano Ronaldo’s net worth went up when Alex Ferguson, totally impressed by him, signed a £12.24 million five-year contract with him, which made him the richest teenager. His debut performance in the Premier League received praise from the biggest sports names. He became an instant sensation and the world soon regarded him as one of the best forwards of the game. The 2007/08 season was his best with United when he scored 42 goals and received the Golden Shoe award, thus becoming Europe’s best scorer. His team extended his contract for another five years which boosted Ronaldo’s net worth for a record amount of £120,000-a-week. His stellar season was also rewarded with FIFA World Best Player of the Year (Ballon d’Or), as he helped United to win the Champions League title.

Soon afterward, he was transferred to Real Madrid, for a record £80 million ($131 million) transfer fee. He continued his impeccable game in his new club where he scored his personal-best 46 goals during the League 2011/12 season. His progress is still consistent and he receives many recognitions, including Golden Boot, and UEFA Club Forward of the Year. He referred to 2016 as the best year of his life, as it includes wins of the European Championship, Champions League, Club World Cup, as well as his fifth Ballon d’Or. 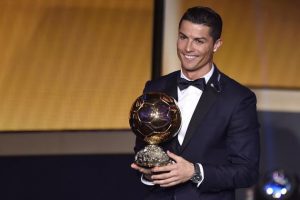 Cristiano Ronaldo’s net worth goes beyond any imagination. He’s the highest paid athlete in the world with $93 million. His recently renewed contract with real Madrid secures him an income of $58 million per year. Being one of the most followed celebrities on Instagram makes Ronaldo is the most endorsed footballer. His sponsorships and licensing deals, which include brands like Armani, PokerStars, Tag Heuer, Toyota, Herbalife, and Castrol, are worth $36 million. Nike, Ronaldo’s most lucrative endorsement brand signed with him a lifetime contract worth $1 billion. He has also created a brand of his own labeled CR7, which gets him additional $10 million. It was initially launched as an underwear brand but evolved to include a variety of clothing, home, and leisure products. Ronaldo’s net worth is estimated at $400 million and he’s one of the richest celebrities in 2017.

Ronaldo has a passion for cars. His personal garage of luxury cars includes brands like Mercedes, Porsche, Ferrari, Audi, Bentley, Aston Martin, Maserati, Lamborghini, and more. Ronaldo’s house is located in La Finca in Pozuelo de Alarcon, 10 km from Madrid, and is estimated at $7.1 million. Additionally, he owns two hotels, named Pestana CR7. One is located in Lisbon and the other in Funchal, his hometown. He’s expected to launch his own gym chains in partnership with US health company Crunch, later this year. 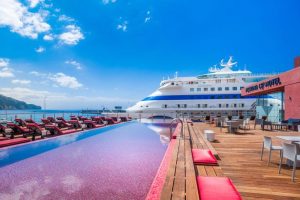 Cristiano Ronaldo’s net worth is at its peak, but we must say that some of his fortune goes to charity. In 2015 he was recognized as the world’s most charitable person by Dosomething.org, as he uses his fame to promote causes like programs for preventing childhood hunger. He donated $83,000 to a brain surgery of his 10-year-old fan, as well as $165,000 to a cancer center in Portugal where his mother was treated. Throughout his career, he has supported the causes of UNICEF, World Vision and Save the Children.

The Real Madrid star is a living legend. Not only is he one of the world’s best football players, but he’s also a great influencer and philanthropist. Considering Cristiano Ronaldo’s net worth at the moment, we can expect it to reach $1 billion in the future, аs he is at the top of his career. Stay tuned for other celebrity net worth articles and more!