Michael Gerard Tyson was born on June 30, 1966, in Brooklyn, New York. After his father left his family, they moved to Brownsville, a high-crime neighborhood. While growing up, Tyson was often a target of bullying. In order to stop it, he developed his style of street fighting which eventually transformed into a criminal activity. By the age of 13, Tyson had been arrested over 30 times and he ended up in the reform school Tryon School for Boys. His counselor, an amateur boxer, took upon himself to teach Mike how to use his fighting. 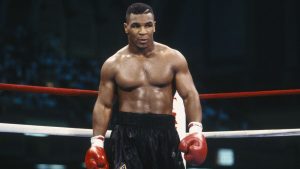 Mike Tyson’s net worth was set to go up when his counselor introduced him to the boxer manager Constantine D’Amato. D’Amato immediately saw the potential of the aspiring boxer and took him under his wing. As an amateur, Tyson won the gold medal at the Junior Olympic Games twice. The young boxer made his professional debut at the age of 18, defeating Mercedes in one round. Winning 26 out of 28 fights by KO or TKO, Tyson gained media attention that praised him as the next great heavyweight champion. He showed incredible strength and impressive defensive abilities which brought him the nickname ‘Iron Mike’. By the age of 20, Mike Tyson had a 22-0 record and got his first title fight for the World Boxing Council heavyweight championship. He won the fight against Berbick, becoming the youngest heavyweight champion ever.

Expectations for Tyson were high and he surely lived up to them. He defeated James Smith, winning the WBA title. Tyson went on to win the IBF title by defeating Tucker and became the first heavyweight to have the WBA, WBC, and IBF belts at the same time. In 1988, Mike Tyson defeated Holmes, Tubbs, and Spinks, proving he’s one of the best heavyweight fighters the world has ever seen. Amid the fuzz and fame that followed his success, Tyson started partying and spending heavily. This brought about a decline in his game. A troublesome period for him came after his divorce with Robin Givens, as he found himself in court on many occasions. His life was going out of control and his behavior was becoming violent. However, he stepped back into the ring and defended his title twice defeating Bruno and Williams. But, in 1990, he lost his championship belt to Douglas, who was the first to knock Tyson out. 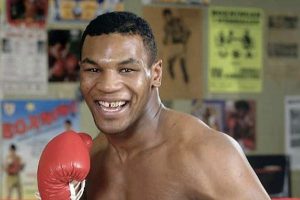 Tyson was determined to return to his glory days, knocking out Tillman and Stewart later in the same year. But, in 1992, Tyson was found guilty of rape and deviant sexual conduct and he was convicted to six years in prison. There, Tyson converted to Islam adopting the name Malik Abdul Aziz. The boxing champion was released after three years. Ready for his comeback, Tyson won the fight against McNeeley in 1995 after knocking him out in 89 seconds. The next fight was against the undefeated heavyweight champion, Holyfield. Despite Tyson’s determination for victory, he lost the match. He faced Holyfield for the rematch. The pay-per-view fight broke the record for the highest number of paid TV viewers. Mike Tyson’s net worth spiked thanks to the $30 million paychecks both boxers received for the match, becoming the highest-paid professional boxers. Shocking everyone, Tyson bit Holyfield’s ears and was disqualified from the match. Tyson’s boxing license was revoked and he was ordered to pay a $3 million fee.

His boxing license was reinstated in 1998 but he ended up in jail again for assaulting motorists in Maryland. He was released after nine months, but the years to come were marked by a number of accusations of sexual harassment, public incidents, and assaults. Tyson had a highly publicized fight in 2002 against Lewis. He lost the match showing a severe decline in his career. In the period 2003-2005, Tyson lost more fights and eventually announced his retirement. 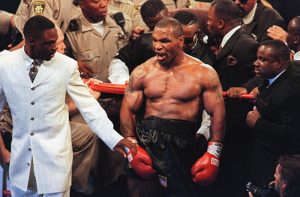 So, how much money has Mike Tyson made in his career? The boxing legend had earned $400 million out of his career before filing for bankruptcy. If you’re asking yourself how did Mike Tyson lose all of his money, let me tell you. It was because of his excessive spending, several trials, and bad investments. Trying to pay off his debts, he came back to the ring for several exhibition fights after his official retirement.

Tyson had a cameo role in the 2009 comedy ‘The Hangover’. After that, he had guest appearances in several TV series like ‘How I Met Your Mother’, ‘Entourage’, and ‘Law & Order: Special Victims Unit’. Mike Tyson’s movies and TV shows were the only sources of income for some time. ‘Mike Tyson: The Undisputed Truth’ was his one-man show which debuted on Broadway in 2012. His animated project entitled ‘Mike Tyson Mysteries’ is a comical crime-fighting animated movie which had its premiere on Cartoon Network’s Adult Swim. The former boxing champion founded the Iron Mike Productions, a company that deals with boxing promotions. He appeared in a Fox Sports’ documentary about his life entitled ‘Being Mike Tyson’. 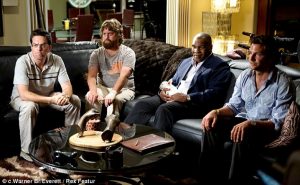 Tyson released his first book ‘Undisputed Truth’ in 2013 followed by his second, ‘Iron Ambition’ in 2017. Both books outline details of his life and noted a huge success. He starred in the third sequel of ‘Ip Man’. As of recently, Mike Tyson launched his YouTube channel, in collaboration with Shots Studios, which features parody videos and comedy sketches. The net worth of Mike Tyson is currently estimated to be $3 million.

Mike Tyson’s old home was an extravagant 50,000-square-foot mansion in Connecticut, which featured 52 rooms. In the light of his financial troubles, Mike Tyson sold the house to 50 Cent for $4.1 million in 2004. Mike Tyson’s new house is an 8,149 square-foot estate in Henderson, Nevada which he purchased for $2.5 million. The luxury home features an outdoor fireplace, marble flooring, a wine cellar, and six bedrooms. However, the boxer’s most notorious estate is his former home in Ohio. The lavish mansion was decorated with crystal chandeliers and featured a giant pool. Mike Tyson’s Ohio mansion in 2017 is in the process of transformation into the home of the Living Word Sanctuary. 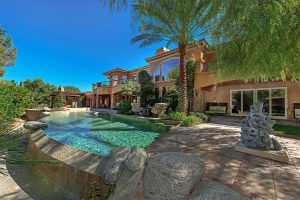 Mike Tyson’s cars were a wide discussed topic over the years. Throughout his career, he has owned 200 cars worth a total of $4.5 million. He owned the rare model Bentley Continental SC, worth $500,000. Among other car brands he has owned are Ferrari and Lamborghini.

Mike Tyson’s income was huge at the peak of his career. The boxing icon was making an average of $20 million per fight. Still, his lavish spending and numerous legal issues took a toll on his fortune. The boxer has spent $3.4 million on clothes and jewelry and another $7.8 million on personal expenses. He’s known for the purchase of two white Bengal tigers and a $2 million bathtub for his first wife. 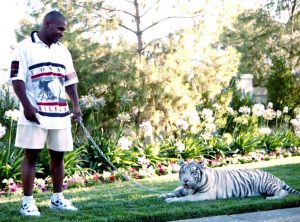 Mike Tyson was not the most charitable person throughout his career. However, after he started making efforts to keep himself sober, and away from troubles, Tyson launched ‘The Mike Tyson Cares Foundation’. The charitable organization has a goal to help kids from broken homes, providing shelters, healthcare, mentoring, and job assistance.

Mike Tyson’s net worth may increase, depending on his next career moves. However, despite his troublesome life, the former champion will remain an important part of the world’s boxing history. Visit CelebJury and stay up to date with the celebrity net worth news!