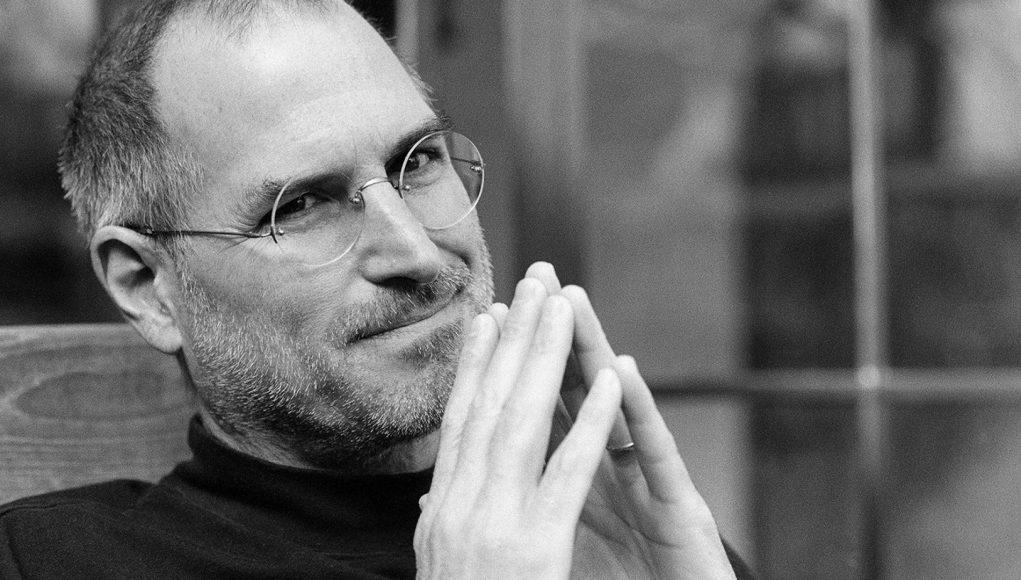 Steven Paul Jobs was born on February 24, 1955, in San Francisco. He was put up for adoption at birth and raised in the San Francisco Bay Area by Clara and Paul Jobs. As a young boy, Steve helped his father working on electronics in the family garage. He learned how to take apart and reconstruct electronics, a hobby that later became his passion. As an innovative thinker from the earliest age, the formal schooling frustrated him. However, it took some time before Steve Jobs’ net worth started going up despite his desire to do something different. He went on to attend Homestead High School and then Reed College from which he dropped out after one semester.

Back in 1973, his high-school friend, Steve Wozniak, created his own version of the video game ‘Pong’ and gave the board to Jobs. Jobs took the game to Atari Inc. and they credited him for it, giving him a job as a technician. When Wozniak designed a low-cost digital ‘blue box’ which generated the tones needed to manipulate the phone network, thus allowing long-distance calls, Jobs saw an opportunity for making money. So, they started selling them illegally which gave Jobs the idea that electronics can also be profitable. 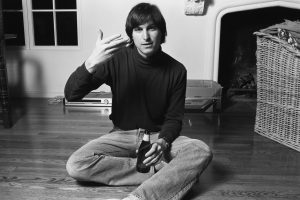 After attending the Homebrew Computer Club meetings for a year, Wozniak invented the Apple I computer in 1976. Jobs and Wozniak formed the Apple Computer company in Jobs’ garage so that they can start selling the product. The duo introduced the second version of the Apple computer at the West Coast Computer Faire. Steve Jobs’ net worth reached its first million in 1978. The product became the first successful mass-produced microcomputer product which made $139 million in sales. The corporation went public in 1980 and had a market value of $1.2 billion by the end of its first trading day. The net worth of Steve Jobs was estimated at $100 million in the same year, becoming the youngest to make the Forbes list of the World’s Richest People list. The period that came after was turbulent for the corporation, as their products suffered some design flaws.

The company launched the Macintosh which, despite its performance being superior to IBM’s PCs, it wasn’t IBM-compatible. Believing that Jobs was hurting the company, the CEO decided to remove him from the Macintosh group and gave him a more marginalized position. Unsatisfied with the development, Jobs resigned in 1985 and with five senior Apple employees started a new venture, the NeXT computer. The product had a technologically advanced workstation designed for the education sector. The second generation of NeXt was presented as the first interpersonal computer that could share voice, image, and video email. However, in 1993 NeXT completely transitioned to software development and launched the NeXTSTEP/Intel. The company also released WebObjects framework which was later used to build the Apple and iTunes Store.

Apple eventually purchased Jobs’ company for $429 million and he returned as a CEO. Jobs restored the profitability of the company by shutting down projects like OpenDoc and Newton. The NeXTSTEP evolved into Mac OS X and other NeXT products were incorporated and improved in Apple. He changed the licensing programs for Macintosh and introduced new products like iMac, which boosted the sales. The brand expanded presenting digital appliances like iTunes software and iStore, and iPod portable music player which revolutionized electronics and music distribution. 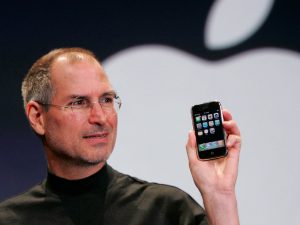 In 2007 Jobs’ Apple introduced the iPhone, a multi-touch display mobile phone with its own browser and iPod features incorporated. All of his revolutionary products set the industry standards high and caught the customer’s attention. In 2007, stocks reached $199.99 per share and Apple grossed $1.58 billion profit. The company was ranked at number one on Fortune magazine’s America’s Most Admired Companies’ list. Jobs was inducted into the California Hall of Fame and named the Most Powerful Person in Business by Fortune magazine. Steve Jobs’ net worth in 2010 increased to $5.5 billion.

Back in 1986, Jobs bought an animation company which he named Pixar Animation Studios. He invested $50 million of his own money in the company and, in partnership with Disney, produced ‘Toy Story’. The company went on to produce many successful animation movies including ‘Finding Nemo’, ‘Cars’, and ‘Ratatouille’. In 2006, Disney purchased the company in an all-stock transaction worth $7.4 billion and Jobs became Disney’s largest shareholder, owning 7% of the company’s stock. According to Forbes, Steve Jobs’ net worth was estimated at $4.4 billion in 2006.

Due to his health issues, Jobs retired from his day-to-day operations in the beginning of 2011 but remained involved in the strategic decisions. Steve Jobs’ net worth before his death was put at $10.2 billion.

Have you ever asked yourself what would Steve Jobs’ net worth be today?

Our best guess is that he would have amassed the same fortune of approximately $21 billion, which is the current net worth of his wife, Laurene Powell Jobs. The majority of it still comes from the 7% ownership stake in Disney which after his death have skyrocketed to $12.7 billion. There are also the Apple shares, worth $560 million. Of course, if Jobs didn’t sell the majority of his 11% stake, their worth would be $65 billion.

Steve Jobs’ book is an authorized biography written by Walter Isaacson. The book is based on interviews with Jobs, conducted in a two-year period and interviews with family members, friends, and colleagues. The book talks about his intense personality and passion for perfection which resulted in revolutionary products, as well as his family life. It was released only 19 days after Jobs’ death. The movie, based on the book with Michael Fassbender in the title role, was released in 2015. Steve Jobs’ movie portrays his life behind the digital revolution.

As of recently, Apple’s new campus, worth $5 billion, includes a theater that was named after the business mogul. The Steve Jobs Theater is the place where all upcoming Apple products are unveiled. The impressive building has a sleek and modern design, featuring 22-foot tall glass walls and metallic carbon fiber roof. 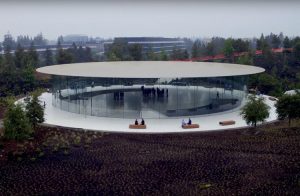 Steve Jobs’ estate is a large, quiet mansion in British country style in Palo Alto, California which he purchased in the mid 90’s after marrying Laurene. The house is estimated at $8 million. He also owned a 14,540 square-foot Spanish Colonial mansion in Silicon Valley known as ‘Jackling House’. Jobs started demolishing the historic place to build a mansion shortly before his death after fighting with local preservation groups for a long time.

The entrepreneur had owned two private jets which are still in possession of his wife. One is a 1999 Gulfstream G-V, worth $30 million. The other one is a 2013 Gulfstream G650, worth $60 million. Steve Jobs’ yacht, ‘Venus’, is worth $130 million. Jobs himself helped design the 260-foot yacht but passed away before it was completed in 2012.

Steve Jobs was often criticized for his lack of charitable actions. However, being known for his modest life, it is highly possible that he helped privately. It must be mentioned that he helped California in becoming the first state to create a live donor registry for kidney transplants. He was the one who announced the Project RED for contributions and donations to The Global Fund to help women and children in Africa affected by HIV/AIDS. Jobs was also a part of the charitable effort to help Stanford Medical Center build the new $2 billion hospitals.

Steve Jobs’ net worth increased a lot over time. He was an innovator and a visionary, who created a whole new world with his contributions to modern technology. Jobs’ revolutionary products changed the technology landscape forever and brought him worldwide praise. Find more celebrity net worth articles on CelebJury!