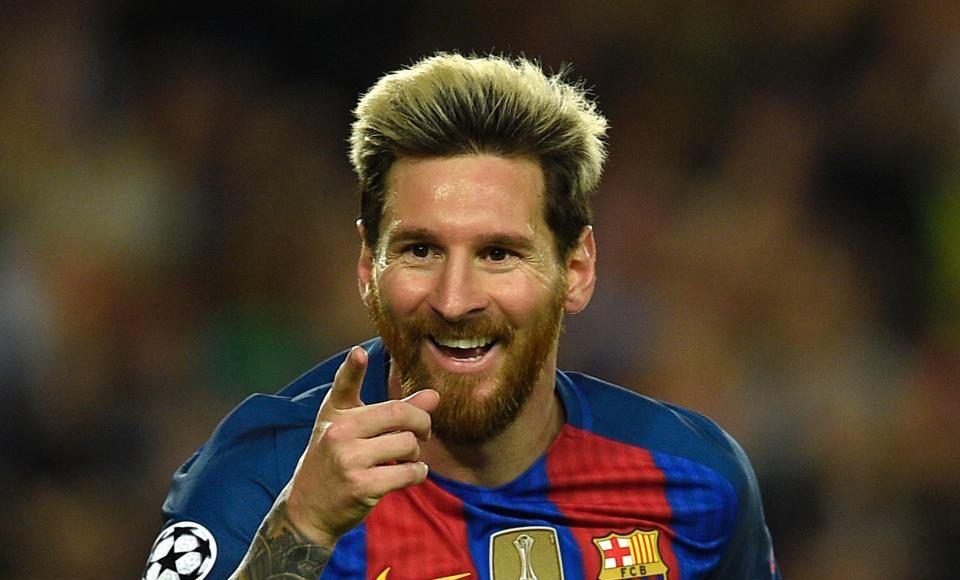 Luis Lionel Andres Messi was born on June 4, 1987, in Rosario, Argentina. He developed a passion for football from the earliest age and joined the small local club Grandoli, coached by his father, as soon as he celebrated his fourth birthday. At the age of six, Messi joined the Rosario club Newell’s Old Boys, also known as ‘The Machine of ‘87’, and played for them for six years during which he scored more than 500 goals.

Little did anyone know then that Messi’s net worth will reach immense amounts, thus making him one of the highest paid athletes of his time. His career was hanging in the balance when at the age of ten he was diagnosed with a growth hormone deficiency. Facing an expensive treatment, his family arranged him a trial with Barcelona after Newell’s and several Argentinian teams refused to pay the bill, despite his great talent. Charly Rexach, the first team director, recognized his great potential and agreed to sign Messi and pay for his medical treatment. 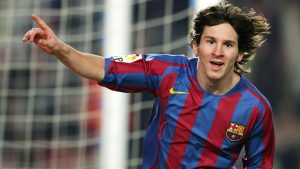 Messi quickly became regarded as one of the greatest talents at the club. Soon, he moved through the junior team to make his debut in the first division in October 2004, against Espanyol, thus becoming the youngest player to take part in La Liga, and soon, in May 2005, the youngest player who scored a goal. Leo’s first outing in the Champions League was in 2005 as a substitute, once again proving himself as an excellent football player. This set Messi’s net worth to grow.

As soon as the next season began, Messi was part of the eleven-member squad where he scored 14 goals in a total of 26 matches, including a hattrick in El Classico, which made Maradona and the whole world praise him as a real genius player that will inherit his throne in the Argentinian football. From this moment on, Messi became a living legend that continues to amaze the football world. In 2009 he was named FIFA World Player and won his first, of total five, Ballon d’Or. He’s recognized as one of the world’s greatest athletes, as he helped Barcelona win eight La Liga championships and four Champions League titles. 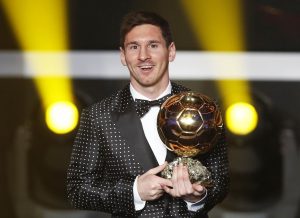 Messi’s net worth was constantly increasing especially when he started closing commercial deals that, in 2008, brought him the first endorsement income of $14 million. Today, he’s one of the most followed celebrities on Instagram and his endorsement portfolio includes more than 40 global brands like Adidas, Pepsi, Samsung, Air Europa, and others. Adidas brings him a yearly income of $24 million, while the other brands around $5-8 million. Messi’s net worth is estimated at $280 million as of 2017 and he’s one of the richest celebrities with a total salary of $53 million, and $27 million of sponsorships.

However, Messi’s net worth is expected to grow. For years, Messi has been Europe’s second highest paid footballer, but it seems that’s about to change. Although his incomparable talent made him a target of other clubs with enormous transfer budgets, he still remains loyal to Barcelona. The Argentinian wizard will put pen to paper to a new four-year deal to extend his stay in this club. His extended contract will bring him an income of $132 million, and the title world’s second highest paid footballer.

Lionel Messi is known as a great car lover. His car collection is quite impressive. Some of the world’s best luxury cars are parked in his garage, including a Maserati GranTurismo MC Stradale worth $240,000. Ferrari, Bentley, and Mercedes are among the other car brands that he owns. Messi owns a house in Spain and one in Argentina. He also owns properties in other locations in Spain, as well as in France. But, Leo has a simple, non-extravagant life. He has a stable family and lives a harmonious life. We may say he’s a complete opposite of a footballer prototype. 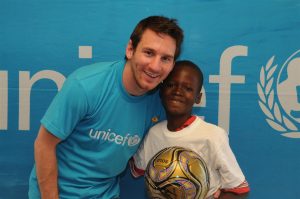 What makes Lionel Messi even more appealing to the larger mass is his considerable charity work. Messi dedicated time to UNICEF since 2004 with advocacy and fundraising to benefit the UNICEF projects and soon became a UNICEF Goodwill Ambassador. His childhood experiences were a driving force for him to commit and help vulnerable children. He’s put his heart in the Leo Messi Foundation, which collaborates with several medical institutions to give children in Spain and Argentina a better life. When he married his long-term partner Antonella Roccuzzo, he even asked his guests for donations instead of wedding gifts.

Considering Messi’s net worth we can say that it has been largely used to a good cause. He certainly is a big name that makes even bigger differences in the world. Apart from being one of the best footballers of the modern generation, Leo is also setting a great example for all people around the world. Messi’s net worth is bound to increase in the next few years, so stay tuned for more news and celebrity net worth articles.