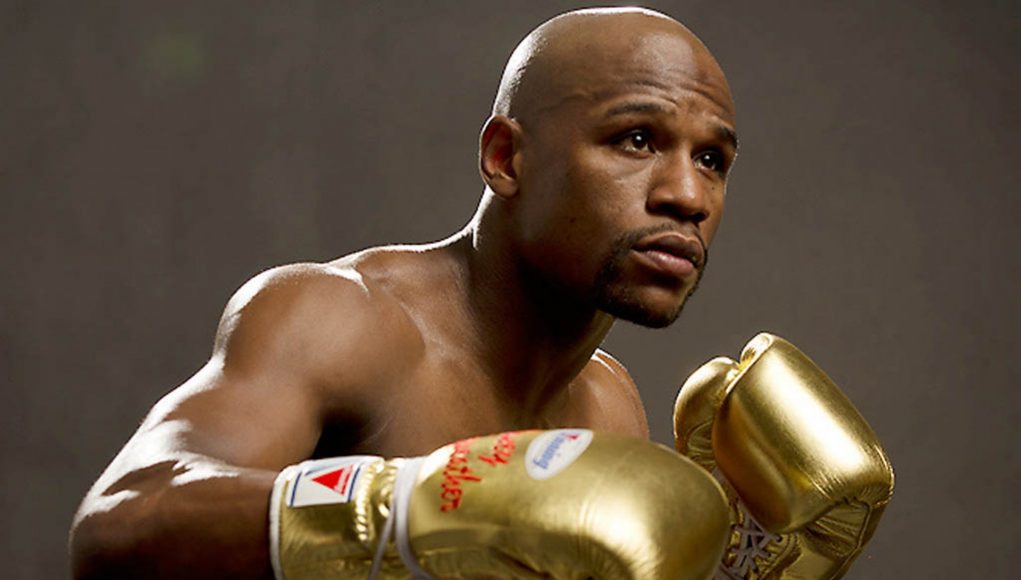 Floyd Joy Mayweather Jr. was born on February 24, 1977, in Grand Rapids, Michigan. He grew up in a family of boxers, as his father Floyd Mayweather Sr. was a welterweight contender and his uncles were professional boxers. He was introduced to the punching bag from the earliest age and had his first boxing gloves fitting by the age of seven. Despite his tough childhood, due to his mother being a drug addict and his father a drug trafficker, Floyd channeled all his anger and frustration into boxing. But, it took some time until Floyd Mayweather’s net worth bounced. Known as “Pretty Boy” thanks to his intact face and good looks, he soon became recognized for his speed, precision and exceptional ring sense which made him the best boxer of his age. Floyd’s amateur record is 84-8 and he has won the National Golden Gloves competition in 1993, 1994, and 1996.

After he turned pro in 1996, under the management of his father, Floyd received praise from all boxing experts as he won several competitions. He also became the first American Olympian to win a world boxing title – a bronze medal in the Olympics in Atlanta, 1996. He won his first world title at the WBC Super Featherweight Championship, in 1998 and he continued his domination, defending this title eight times in a row until 2001. 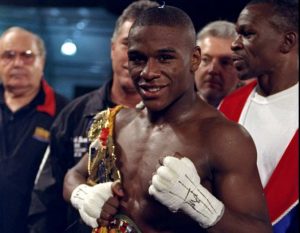 After this, he moved up in weight class four times, winning the WBC Lightweight title, the WBC Super Lightweight title and the IBF, IBO, and IBA Welterweight titles. The WBC Super Lightweight title came in 2007 after he defeated Oscar De La Hoya, which brought him $25 million and the nickname “Money”. Although he announced that he will retire, Mayweather came back two years later to fight against Juan Manuel, in a match that became an instant sensation and the fifth non-heavyweight fight that sold more than 1 million PPV. After such success, Floyd Mayweather’s net worth was regularly growing and in 2010 he became one of the highest paid athletes with an income of $60 million from that year only. Afterwards, he fought against Shane Mosley, and Victor Ortiz, each time provoking unseen interest amongst the boxing lovers. This boosted Floyd Mayweather’s net worth even more, securing his place at the top of the highest paid athletes in 2012, 2013, and 2014.

Floyd Mayweather’s net worth continued growing. The fight against Manny Pacquiao in 2015 was a record-breaking one, marking the highest number of PPV buys, ticket sales and fight endorsement ever, and bringing a total of $240 million and the most expensive boxing championship belt of $1 million for Mayweather. This took him at the top of Forbes’ Celebrity 100: The World’s Highest-Paid Superstars in 2015 and broke the record for money made by an athlete in a single year. Although Mayweather’s charges for domestic violence and misdemeanor battery made some brands reluctant to work with him; Burger King, FanDuel, and Hublot decided to sponsor him, each bringing him an income of $1 million. In the same year, he defeated Maidana in front of 16,144 spectators at the MGM Grand and earned $32 million. He defended his WBC, WBA Super and The Ring Welterweight title in a match against WBA interim champion Andre Berto, after which he announced his retirement. Floyd Mayweather’s net worth as of 2016 was estimated at $340 million, with over $12 million income from endorsement deals. 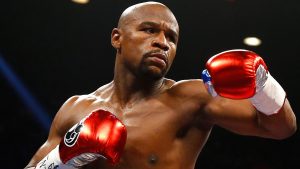 Mayweather made his comeback in 2017 targeting his 50th win in a match against MMA star Conor McGregor. Mayweather reportedly won over $300 million from the fight that was a real sensation and the biggest sporting event of the year. This made Floyd Mayweather’s net worth in 2017 bounce significantly, unofficially, up to $1 billion.

Apart from his boxing career success, Floyd Mayweather’s net worth was guaranteed to go up with his outside-the-ring appearances. He was part of the WWE No Way Out PPV event and a guest host for Raw in Las Vegas. He also participated in the fifth season of Dancing with the Stars and has his own boxing promotion company called ‘The Money Team’. The boxing star had an outing in music – he was part of Ludacris‘  ‘Theater of the Mind’ album, released in 2008.

Floyd Mayweather’s net worth dictates his extravagant lifestyle. The controversial boxer owns a 22,000 square-foot luxury mansion in Las Vegas, a 5,200 square-foot luxury pad worth $7.7 million in Miami and, as of recently, a $25.5 million, six-bedroom mansion in Beverly Hills. Floyd Mayweather’s cars include Bugattis, Ferraris, Rolls-Royces, Mercedes, and are worth more than $15 million. His black colored cars are kept in Las Vegas, while the white ones in Miami. He owns jewelry worth more than $10 million, as well as a $6.4 million watch collection, including a $500,000 Rolex. 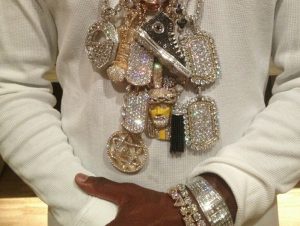 However, his gambling is probably the most expensive thing in his lavish lifestyle. Mayweather makes high bets on a variety of games, including sports events. His day-to-day extravagances also include traveling with stacks of hundred-dollar bills in his Ziploc bags, keeping pet tigers, and an Instagram profile full of money pictures.

But, “Money” is not only about extravagance. The boxer with three Guinness World Records is also a great philanthropist and he’s expected to devote himself to more charitable actions after his retirement. He has donated to several organizations supporting different causes and has also established The Floyd Mayweather Foundation for helping underprivileged children.

The official report of Floyd Mayweather’s net worth is yet to be published, but the famous boxer has most surely entered into the billionaire club. It seems like we’re yet to witness many aspects of his pompous life. Stay with us for more celebrity net worth articles about your favorite celebrities!