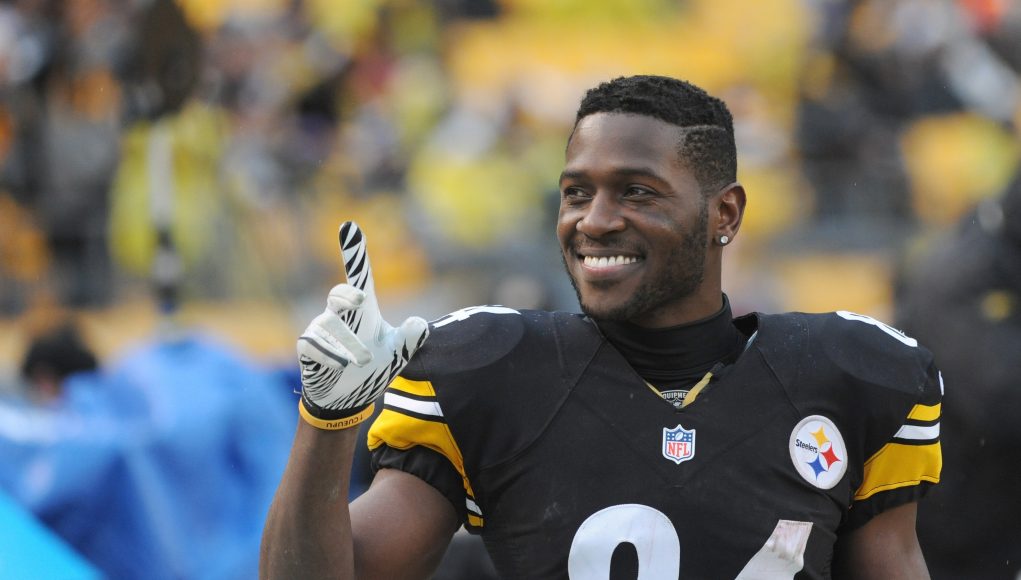 Antonio Brown’s story is one of the best underdog stories of his generation. Growing up in Miami, he was a sensational young football player. Idolizing players like Chad “Ochocinco” Johnson and Terrell Owens, Antonio Brown’s net worth was bound to climb. However, it wasn’t an easy road up. Playing at the University of Central Michigan, he didn’t garner as much attention as other wideouts like Demaryius Thomas and Dez Bryant. In Antonio Brown’s college career, he was a technician. 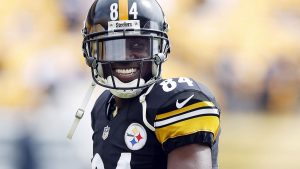 Despite being a quick and explosive athlete, he did not possess elite size, speed, or strength. He honed his craft on his route running and hands, earning him a 5th or 6th round draft grade. During the 2010 draft, days one and two went by with no call of his name. Finally, with the 195th pick in the draft, in the 6th round, the Pittsburgh Steelers selected wide receiver Antonio Brown, Central Michigan. He was the 23rd wide receiver selected in the draft and was determined to be the best of them all. He signed a 3 year, $1.28 million dollar contract with a signing bonus of just over $73,000.

Working his way into the starting lineup, Brown didn’t put up lofty numbers until the 2011 season. In the same year, he was selected to the Pro Bowl as a returner. This was not quite the nod he wanted, but he still managed to pull in a couple receptions as a receiver. Leading up to the 2012 season, Antonio Brown fantasy owners and Steelers fans alike were expecting big things from the Miami product. 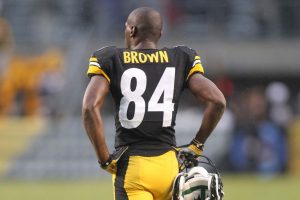 Over the next few years, he solidified himself as one of the top wideouts in the league. 2014 was a big year for the Steelers wideout. He wed the mother of his son, Antonio Brown Jr. Antonio Brown’s wife, Chelsie Kyriss and he later separated. Brown also took advantage of the emergence of social media. Antonio Brown’s Instagram has over 2 million followers to go along with his massive Snapchat following. Recently, Brown signed a new contract with the Steelers to make him one of the top paid receivers in the NFL. Antonio Brown’s salary is based on a 4 year, $68 million dollar contract with further incentives based on performance. Brown is currently leading the league in receiving yards for the 2017 campaign. Expect Antonio Brown’s career stats to keep climbing as he pursues a Hall of Fame resume.

Brown is not shy to show off his wealth through many of his social media platforms or even his Dancing with the Stars appearance. He reported to Steelers training camp after signing his new contract in a custom Rolls Royce. The Rolls Royce features the Steelers’ color scheme with stars coating the exterior. Antonio Brown’s car collection isn’t vast, as he often chooses to lease rather than buy. When he does buy, he buys the best, made perfectly for him. 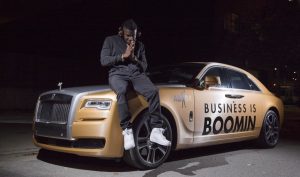 In 2016, Brown purchased a beautiful $6.6 million dollar home in the Hollywood Hills, befitting to his booming lifestyle. Antonio Brown’s house boasts 12 bedrooms and one of the best views in Southern California. He spends his offseason there and it is often featured on his multi-daily Instagram live sessions and Snapchat stories.

The dancing wideout isn’t just all touchdowns and bling, he also has a philanthropic spirit. In December of 2016, Antonio Brown’s charity efforts were boosted by a $100,000 donation that Brown gave to the children’s hospital in Pittsburgh. Brown makes regular visits to the hospital and is regarded very highly in the Pittsburgh community.

Antonio Brown’s net worth has gone to obvious good use in his community and his driveway. The wideout has earned the right to dance in the end zone and show off his bling. We are past the age of diva wide receivers, but Brown channels the old days while ushering in the new regime of the passing attack.