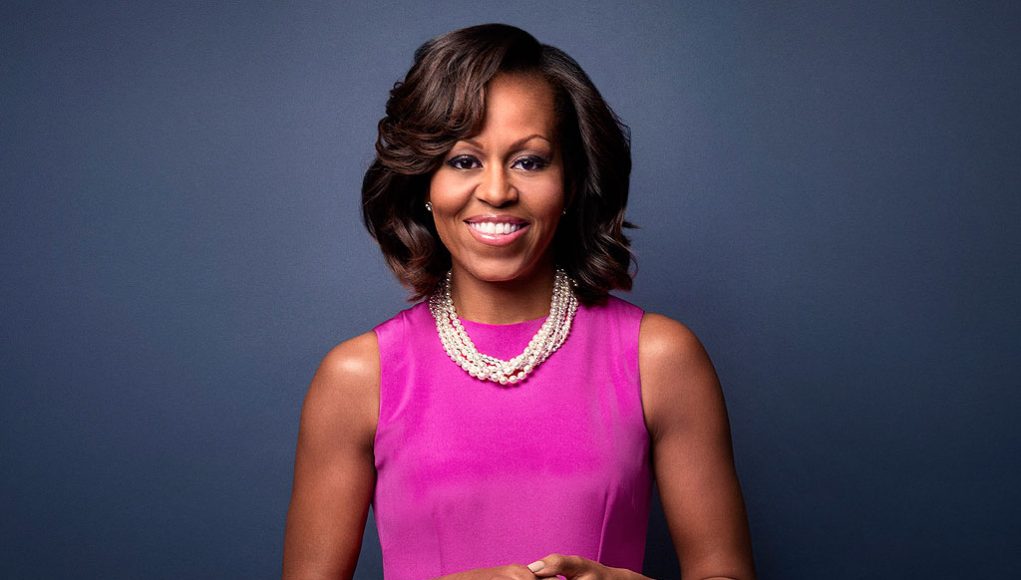 Michelle LaVaughn Robinson was born on January 17, 1964, in Chicago, Illinois. She was growing up in a close-knit family in Chicago’s South Side. Michelle was an excellent student and by sixth grade, she was taking classes at Bryn Mawr Elementary School’s gifted program. Then, she attended Whitney M. Young Magnet High School, the first magnet high school for gifted children in the city. There, she served as a student government treasurer. Apparently, Michelle Obama’s net worth was predestined to go up. She enrolled at Princeton University, graduating cum laude with a BA in Sociology. She went on to study law at Harvard Law School where she raised her voice for the minority students and professors and received her J.D. 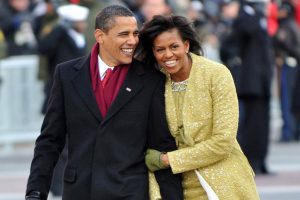 After graduating from Harvard, Michelle worked as an associate in the area of marketing and intellectual property in ‘Sidley Austin’. There, she met Barack Obama who worked as a summer intern in the same firm. The couple fell in love and got married two years later. In 1991, she worked as an Assistant to the Mayor and as Assistant Commissioner of Planning and Development in the Chicago city government. Two years later, she became Executive Director for the non-profit organization Chicago Office of Public Allies which aimed at encouraging young people to work on social issues. Michelle Obama held the position of Associate Dean of Student Services at the University of Chicago and created the University’s Community Service Center. In 2002 she began working as Executive Director for Community Affairs for the University Chicago Hospital, and three years late she became the University’s Vice President for Community and External Affairs.

The net worth of Michelle Obama was increased by her $273,000 salary. Obama made additional $51,200 as a board member of TreeHouse Foods, Inc., the major Wal-Mart supplier. Michelle Obama’s net worth before presidency was less than a million. Michelle supported her husband’s presidential campaign. Although she started with reservation, her presence on the campaign trail was growing steadily. Obama empathized with the audience and solicited concerns. She tended to give interviews to shows like ‘The View’ and magazines like’ Ladies’ Home Journal’ rather than appearing on new programs. She discussed race and education by using motherhood as a framework. During the re-election campaign, Michelle was more actively involved and developed a more open public image. 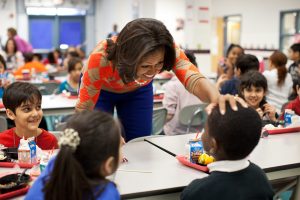 After the first family entered the White House, Michelle stood for support of military families, reassuring women empowerment, and encouraging national service. She has volunteered at homeless shelters in soup kitchens in the Washington D.C. area. The first lady always stressed the importance of education and supported the organic-food movement and health-and-wellness causes. In 2009, she was named Barbara Walters’ Most Fascinating Person of the year. Among Michelle Obama’s accomplishments, the most prominent is the ‘Let’s Move!’ initiative which goal is to fight childhood obesity and ‘Reach Higher’ to encourage youth to continue their education beyond high school.

She’s also an author of ‘Believe in the Possibility’, a book of her inspirational quotes. Her cookbook ‘American Grown’ was published in 2012. Michelle Obama also has a biography written by Peter Slevin who presented a detailed account of the life and times of the first lady. Michelle Obama’s net worth in 2017 reached $11.8 million. Michelle and Barack Obama’s combined net worth has been estimated at $24 million and it’s expected to grow as the famous couple recently signed a $60 million contract with Penguin Random House for publishing their upcoming memoirs.

The former first family decided to remain in Washington D.C. They purchased an 8,200 square-foot, nine bedroom house for $8.1 million. However, there are no records that Michelle Obama currently owns a car. 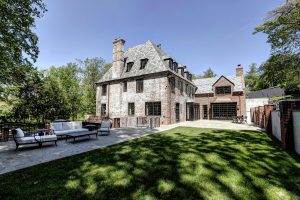 Michelle Obama has been a charitable first lady. Her girl-focused education charity, ‘Let Girls Learn’, has raised $3.5 billion over the years since it was launched. The global initiative was in partnership with activist Malala Yousafzai. Obama also supported other philanthropic organizations like Be the Change, Entertainment Industry Foundation, Joining Forces, George W. Bush Institute, PeacePlayers International, and Healthy Child Healthy World.

Michelle Obama’s net worth will continue growing as she and the former US president are involved in many speaking engagements and have inked lucrative book deals. The former first lady is still one of the most powerful women in the world who has brought about changes in crucial spheres. Visit CelebJury and find more celebrity net worth articles!