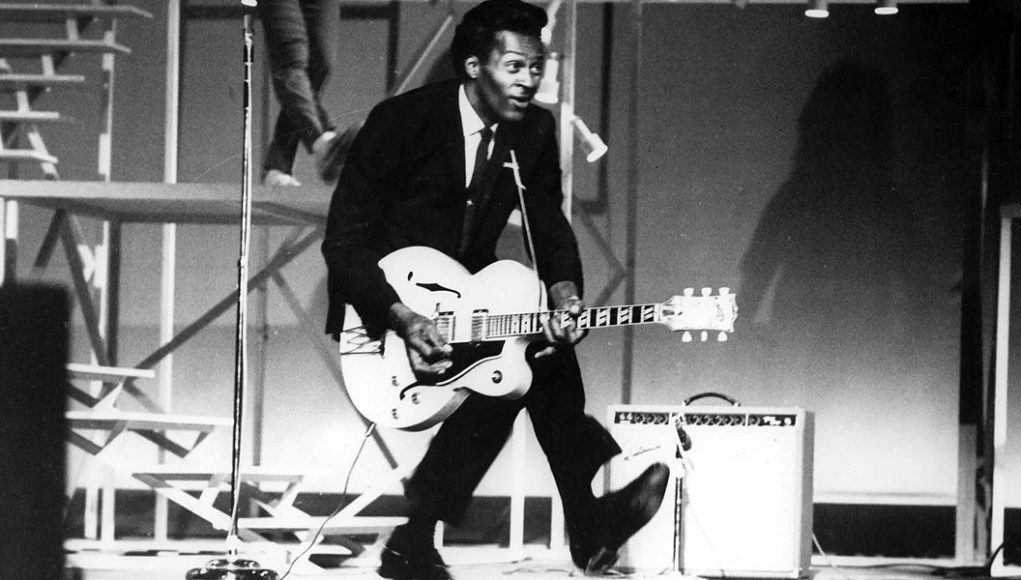 Charles Edward Anderson Berry, better known as Chuck Berry, was born on October 18, 1926, in St. Louis, Missouri. Chuck Berry was the fourth child in a family of six and grew up in The Ville. His father was a contractor and deacon of a nearby Baptist church, while his mother was a certified public school principal, and his upbringing allowed him to pursue his love for music from a young age. While he was still in high school, he was arrested for armed robbery and sent to a reformatory from 1944 to 1947. Chuck Berry’s net worth would reflect his troublesome nature in the years to come. 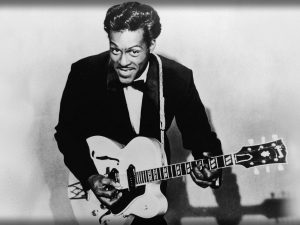 After being released from the reformatory on his 21st birthday, he married Themetta “Toddy” Suggs, only ten days later. Two years later, she gave birth to his daughter, Ingrid Berry. Later on, Chuck Berry also had a son named Charles Berry Jr. Berry would provide for his family by working as a factory worker at automobile assembly plants, as a janitor, and other jobs. By 1950, he did well enough to buy a humble three-room brick cottage on Whittier Street, which is now known as the “Chuck Berry House”.

By the early 1950s, Chuck was working with local bands in St. Louis for extra income. He had been playing blues since his teens, and he added elements to his playing inspired by blues musician T-Bone Walker, such as specific guitar riffs and showmanship techniques. He completed his foundation by taking guitar lessons from his friend Ira Harris. In 1953, Berry started performing with the Johnnie Johnson trio, starting a long-time collaboration with the namesake pianist. When Berry topped up country music with rhythm and blues, RnB music, a new style was born, and that is what Chuck Berry is most known for.

Chuck Berry would go on to have many legendary hits and inspire generations after. Even though no single person could be credited for the creation of rock’n’roll, Chuck Berry is the closest to it. As to what kind of guitar did Chuck Berry use, along with his showmanship which would, later on, inspire a plethora of other musicians to embrace it themselves, Chuck Berry was also known for his signature cherry-red guitar. He would go on to be one of the first people inducted into the Rock and Roll Hall of Fame, in its first generation of inductees in 1986. 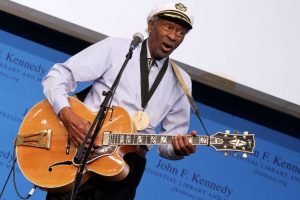 Chuck Berry’s life was filled with problems though. In his restaurant called The Southern Air in Missouri, a former waitress said that Chuck Berry wired the women’s toilets with video cameras and recorded over 200 hundred patrons. Charges were dropped when Berry agreed to compensate the victims financially. In December 1959, Berry invited a fourteen-year-old Apache waitress Janice Escalanti to work as a hatcheck girl at his nightclub. He was soon arrested on a prostitution charge and received three years at the Indiana Federal Prison.

Many people were saddened to hear about Chuck Berry’s death. He passed away on March 18, 2017, at the age of 90. Chuck Berry’s funeral was held in his hometown of St. Louis and was attended by over 300 public figures, who honored his legacy. The funeral was done in rock’n’roll style, with his iconic cherry-red guitar bolted on the inside of the coffin. Chuck Berry’s net worth at the time of his death was estimated at $10-25 million.

There is not much information about how Chuck Berry spent his money over the years, but there may be a reason why. Even with the new Chuck Berry album “Chuck”, and with him touring well in his old age, he didn’t make as much money as you would think. As previously mentioned, Chuck Berry’s net worth in 2017 was $10-25 million, which seems low for someone with his legacy. The reasons for his net worth being so low are his many legal problems over the years, coupled with the fact that for artists who were in their prime in the early 50s, there weren’t really many options to generate income. There were no acting roles, brand endorsements, or product lines.

Although Chuck Berry’s net worth may not have been a huge number by the time he passed away, his legacy will remain one of the biggest and most important ones of all time. For more celebrity net worth articles, visit CelebJury!