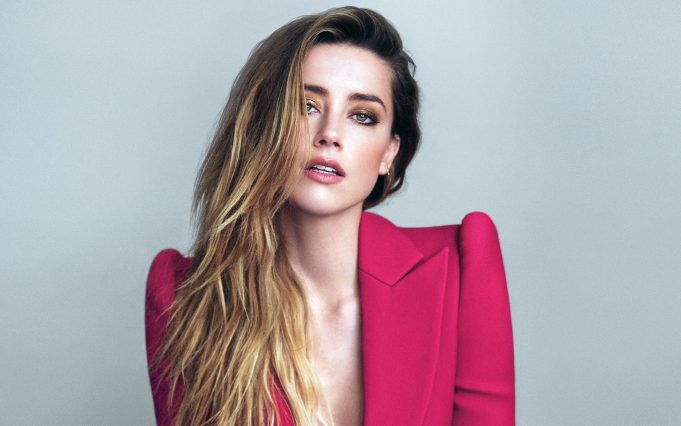 Amber Laura Heard was born on April 22, 1986, in Austin, Texas. During her teenage years, Amber was involved in her school’s drama department and also appeared in some local campaigns and commercials. At the age of 17, Heard dropped out of high-school and moved to New York City to pursue modeling. Only a year after, she moved to Los Angeles to start an acting career. Soon, Amber Heard’s net worth went up. 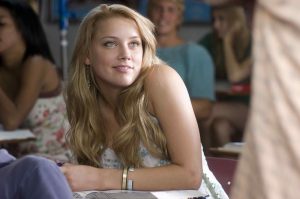 Once in LA, Heard appeared in two music videos and had small roles in several TV shows as ‘Jack & Bobby’, ‘The Mountain’, and ‘The O.C.’ Her film debut came in 2004, in the sports drama ‘Friday Night Lights’. The movie, starring Billy Bob Thornton, noted a huge success. Amber Heard had several supporting roles in the next two years in ‘Drop Dead Sexy’, ‘You Are Here’, and ‘Alpha Dog’. She had more prominent roles in the horror ‘Side FX’ and the drama ‘North Country’. In 2007, Heard became a ‘Hidden Palms’ series regular. However, due to low popularity and negative criticism, the series was canceled after only eight episodes.

Amber Heard’s net worth and popularity spiked when she appeared in supporting roles in the comedy ‘Pineapple Express’ and the drama ‘Never Back Down’. Both movies became a huge commercial success and brought her the Breakthrough Award in Hollywood Film Festival. Heard landed her first leading role in the horror ‘All the Boys Love Mandy Lane’. The movie premiered at the Toronto International Film Festival and was released in the UK in 2008. ‘All the Boys Love Mandy Lane’ saw its theatrical premiere in the United States in 2013. Critics praised Amber Heard’s performance. 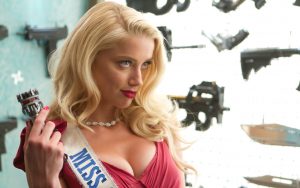 Heard was part of ‘The Stepfather’, ‘ExTerminators, ‘The Joneses’, and ‘Zombieland’. Although the movies received mostly negative critics, the reviewers loved Amber’s performance. In 2010, Amber Heard co-produced and starred in ‘And Soon the Darkness’, an independent thriller. She appeared in ‘The Rum Diary’ adaptation opposite Johnny Depp. Heard received the ‘Spotlight Award’ at the Hollywood Film Festival for her role. She also starred in ‘Drive Angry’ with Nicolas Cage.

Amber Heard had a movie hiatus until 2013 when she starred in ‘Paranoia’ from which she earned $45,314. Amber appeared also in ‘Machete Kills’ and ‘Syrup’. In the next year, she starred in the box-office success ‘3 Days to Kill’. Heard had a prominent role in ‘Magic Mike XXL’ which was a great commercial success.  She had a supporting role in the Oscar-nominated movie ‘The Danish Girl’, which premiered at the Venice Film Festival. Both the movie and Heard received positive reviews. The actress pocketed $2.4 million from this project. But, how much does Amber Heard make per movie? After several successful projects where she proved her talent, the actress now makes approximately $1 million per movie. Heard was also the face of ‘Guess’ and endorsed ‘Tiffany & Co.’ which brought her $120,000 in 2015. Her contracts with Bulgari earned her $50,000. Heard earns an annual income of $366,013 from endorsement deals. 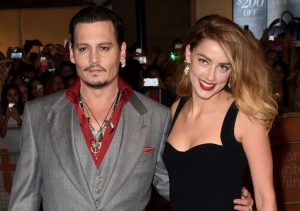 Amber Heard gained a higher profile after she started dating Johnny Depp, who left his longtime partner to be with her. The couple got married in a private ceremony in 2015 in their Los Angeles home. She started making the headlines more often, thus increasing her popularity. The Hollywood couple seemed to be living a fairytale, but they filed for divorce in 2016. Two days after, Heard claimed that Depp had physically abused her throughout their relationship. Eventually, they settled and the actress got $7 million. After her marriage with Johnny Depp, Amber Heard’s wealth reached its peak and was estimated at $14 million. Amber Heard’s net worth in 2017 is estimated at $9 million, noting a slight decline.

Amber Heard’s house is currently the West Hollywood mansion worth $13.1 million. The house features a swimming pool, a jacuzzi, a home cinema, and a spa. The actress also owns quite an impressive car collection, including brands like Ford, Mini Cooper, and Mercedes Benz. After the divorce with Johnny Depp, she added a 2015 Range Rover and a 1968 Ford Mustang to her collection. 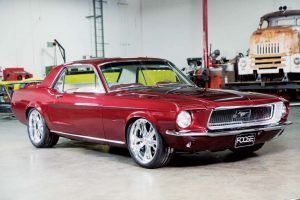 A portion of Amber Heard’s money goes to charity. She donated the divorce finalization money to the American Civil Liberties Union and the Children’s Hospital of Los Angeles. The actress has used her popularity to raise her voice against violence towards women, encouraging other women to speak out. Heard has also donated $350,000 to ACLU and has supported several charitable organizations throughout her career. Amnesty International, Born This Way Foundation, The Art of Elysium, and United Nations Foundation are some of them.

Amber Heard’s net worth is set to go up, as she continues to take on bigger roles. The actress has also established herself as a great humanitarian and advocate against women violence. Visit CelebJury for more celebrity net worth articles!